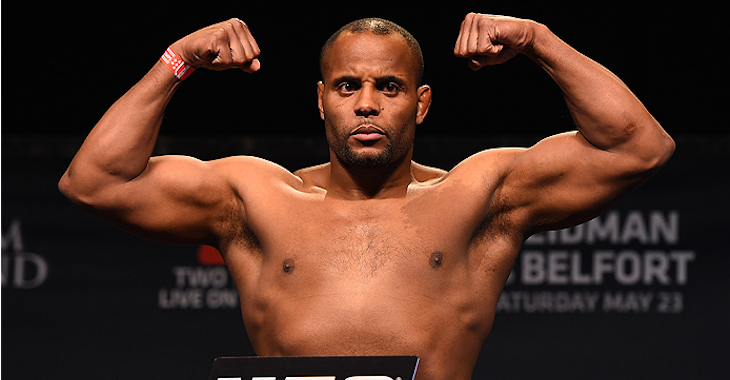 UFC light heavyweight title contender Anthony Johnson is one of the most feared men on the entire UFC roster due to his the incredible one-punch knockout power that he possesses. Over the course of Johnson’s 27 fight professional career, Johnson has only gone the distance six times, winning every time. In addition, every single victory Johnson has earned in his UFC career, with the exception of two, have come by way of KO/TKO.

Ahead of his UFC 206 light heavyweight title fight with champion Daniel Cormier, Johnson has been on a tear of the 205-pound division, going on a 3-fight win streak that saw him KO Jimi Manuwa, Ryan Bader, and most recently Glover Teixeira at UFC 202 in just 13 seconds.

The way UFC light heavyweight champion Daniel Cormier sees it however, Johnson is one-dimensional, and doesn’t have a great chance of emerging from UFC 206 victorious.

“I respect Anthony,” Cormier said. “I like Anthony a lot. I think he’s a phenomenal fighter, he’s tough as nails, he hits hard as can be. But, truth is, if he doesn’t knock me out, he can’t win the fight, and that’s not enough. You can’t have one avenue to victory, he has to knock me out because I know Anthony Johnson can’t outwrestle me over 25 minutes, I know Anthony Johnson is not gonna submit me, I know the only way he can beat me is to knock me out. One avenue to victory is just not enough.”

To give an example, Cormier pointed to his first fight with Johnson, where he was dropped in the first round by a big punch from ‘Rumble’ but ultimately went on to win the fight via submission in the third round.

“Here’s the issue, how is he doing any different?” Cormier asked. “He just went back to everything he was doing before I fought him. So, you, to me the most telling thing, and it was something his coaches gave me that they didn’t mean to give to me is, right when we were fighting in the third round and I was on top, his coaches started yelling ‘don’t give up, don’t give up.’ To me that’s crazy, that tells me that’s something they’ve seen in him a lot of times. So to yell that in the middle of a fight is about as bad as it gets, especially when the guy he’s fighting again has heard it and knows that when things get tough, you know what to expect from Anthony.”