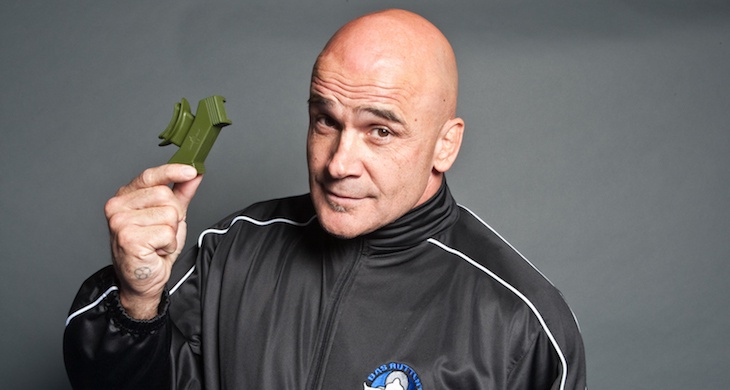 Nate and Nick Diaz use a high punch rate on their feet to over whelm their opponents usually for the duration of the bout if it doesn’t hit the ground.  Bas Rutten does not think that will be enough to beat the style of Conor McGregor.

The former King Of Pancrase and former UFC Champion Rutten thinks McGregor has the better hands.

“I think McGregor could do it because his hands are just better,” Rutten told Submission Radio. “You know, Diaz has good boxing, but more crisp is the McGregor side.”

Diaz’s advantage will be using his BJJ Black Belt to control the fight if he can get it there.

“I don’t know what the people think, but I think the smartest idea for Diaz is to try to see if he can take it to the ground. I totally believe he’s better there, his record shows it also. So he’s a tough guy. I’m not saying that [Diaz doesn’t have good striking], but in boxing-wise, I think McGregor just is a little crisper and he will beat him there.”

Bas didn’t truly go as far to pick a winner the the UFC 196 main event but Bas knows fighting and he knows striking.

“We don’t know where McGregor’s levels are on the ground. But what we do know, is that his striking is really good. So it’s up to you, you want to fight against a really good striker, or you say, you know what, let’s take him to an area that in the past he’s lost to. He might be very good, but we don’t know that, it’s not checked out yet. Let’s check that out. Let’s see if we can get him on the ground. I know McGregor has great takedown defence, but you know, once in the middle of a brawl, you start bouncing and you start hitting, at that moment in the middle of a slug fest, Diaz decides hey shoot in, he might pull off a takedown. And if that happens, with like two, three minutes left in the round, then we can really see what Conor can do on the ground.”