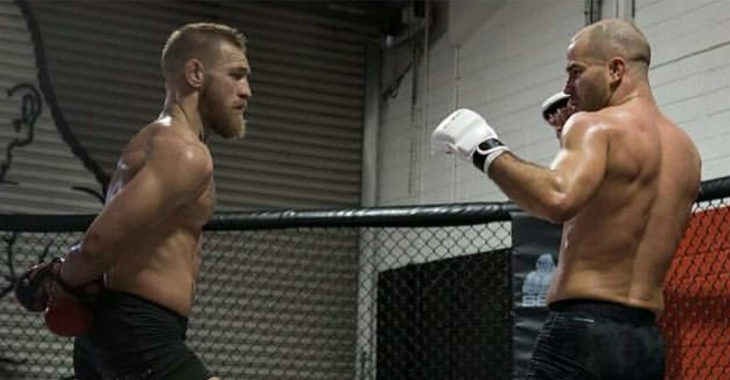 Conor McGregor‘s immediate future is shrouded in mystery. Will he fight Nate Diaz next, or will it be new UFC interim lightweight champion Tony Ferguson? Will he take on Paulie Malignaggi in the boxing ring? Or might he even fight somebody like Tyron Woodley or Georges St-Pierre? When it comes to McGregor’s fighting future, there are questions abound, and very little in the way of answers.

Yet in the eyes of Artem Lobov, one of McGregor’s main training partners, the answer is pretty clear: McGregor will return to defend his lightweight title against interim lightweight champion Tony Ferguson. Lobov shared this feeling in an interview with Karyn Bryant (via FloCombat).

“Now that that’s [Mayweather vs. McGregor’s] over, well now he’s back to defending his belt,” Lobov said. “In my eyes, of course he’s going to fight Tony. Why wouldn’t he fight Tony? His belt is on the line. Some guy has this fake belt around his waist. Conor wants to just take that away by all means.”

While McGregor’s future is somewhat mysterious, Lobov’s is not. The Russian-born Irishman will return to the Octagon this Saturday, when the UFC touches down in the Polish port city of Gdansk. His opponent will be Team Alpha Male staple Andre Fili.

Do you think Conor McGregor will fight Tony Ferguson next?