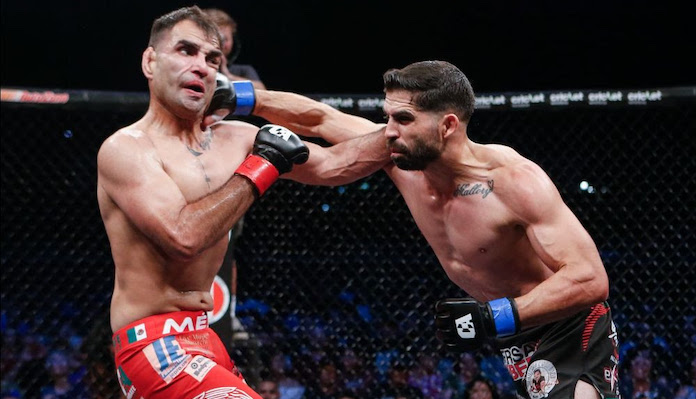 Combate Americas today announced that it will return to live television with a sports industry-first, interactive new Mixed Martial Arts (MMA) fight series from a state-of-the-art closed set in Miami, Fla. on Friday nights, beginning August 28, and continuing with two special events on Sept. 11 and Sept. 25 in celebration of Hispanic Heritage Month.

“As live sports return to television, Combate Americas is going to utilize this closed set studio series to deliver something that fans have never seen before and that will bring them closer than ever to the action from their screens,” said Combate Americas CEO Campbell McLaren.

Amongst the safety measures being put into action for the series, Combate Americas has hired a dedicated physician to administer COVID-19 testing of all athletes, officials and staff prior to the show and to supervise the health of all personnel on-site in Miami.

All Los Angeles, Calif.-based Combate Americas staff will test for COVID-19 prior to departing for Miami, utilizing the free testing recently made available to the public by Los Angeles County.

All athletes and their respective corner people as well as all Combate Americas staff and officials will undergo both COVID-19 and antibody testing in Miami, in accordance with the new Florida State Boxing Commission requirements.

Representing Colombia and fighting out of Miami, the 32-year-old Puerta is riding a seven-fight win streak that dates back to 2017.

Four of Puerta’s last seven wins have come by way of (T)KO or submission.

Fighting out of Los Angeles, the hard-punching Duran has been perfect to date in La Jaula, the Combate Americas competition cage, winning all three of his bouts there.

Duran has been victorious in five of his last seven starts.  Duran’s best performance to date was arguably his split decision win over “Malicious” Michael Reyes on September 15, 2017, a result that capped a three-fight win streak for Duran.

The live broadcasts of Combate Americas events will feature on-camera interactions with a host of different celebrities to be announced soon.

The broadcasts will also include fan polling and voting, as well as a social media ticker on-screen that will give fans the opportunity to view social media conversations about the event in real time.

Prior to the COVID-19 pandemic, Combate Americas began the year with a world championship event that, in its midnight ET time slot, garnered 511,000 live Univision viewers and 2.2 million live Televisa Canal 5 viewers.