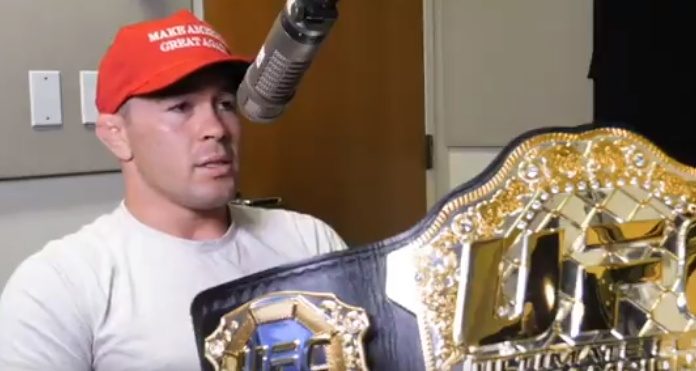 After Darren Till’s subtle early morning hinting yesterday, we soon got some truth to the matter. The welterweight division needs a title fight.

Till claimed that interim champion at 170-pounds Colby Covington wasn’t going to be able to fight the undisputed champ, Tyron Woodley, where he, in turn, told the champion to ‘accept the fight’ with him.

Reports then came out that Till could have indeed been right. Covington even came out to briefly touch on the matter when speaking with Submission Radio.

“We’re looking at doing [the Woodley fight] in November, December. You know, I need a little time off, I need to do a little recovering. I’m only human, man, I gotta get a little vacation. I just can’t keep running my body through the ground, going through training camps. You have to be strategic, and you know, November, December works for me.

I had little health issues after my fight, so I’m getting those taken care of and by the year’s end I will unify my belt and retire Tyron Woodley for good.

I think the storyline that makes the most sense, this is the biggest fight that the UFC’s gonna make this year. There’s still questions regarding when Conor [McGregor] coming back, who knows when he’s coming back. They don’t know when DC’s gonna fight again because he’s got a broken hand. So, this is the biggest fight that UFC can serve. So, if you wanna serve the biggest fight between Colby ‘Chaos’ Covington and TyQuil Woodley, they need to serve it up at the world’s most iconic arena, and that’s Madison Square Garden in Manhattan New York. So, that makes the most sense for the fight.”

In regards to the specifics of Covington’s injury, he didn’t feel the need to discuss it in detail. He would go on to say that he’ll be back better than ever.