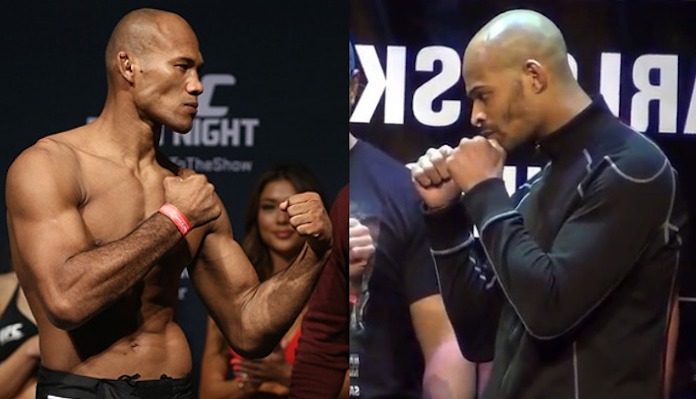 After struggling to find an agreeable date to fight on, it appears that Ronaldo “Jacare” Souza and David Branch have found their common ground.

ESPN has reported that the two top 10 middleweight contenders have now agreed to fight at UFC 230 in Madison Square Garden on November 3rd.

Initially, the former World Series of Fighting middleweight and light heavyweight champion Branch was hoping to have this matchup headline UFC Sao Paulo on September 22nd. In the end, he’s surely happy to just be getting the fight he was asking for at all.

Branch’s return to the UFC started out fairly lackluster as he didn’t seem to quite get the proper appreciation he deserved.

Facing Krzysztof Jotko in his first fight back, Brach would win an uninspiring decision that left much to be desired and he would admit that himself. This would set him up for his very first UFC main event.

That headliner spot being opposite a former UFC champion in Luke Rockhold who was coming back to fight for the first time after losing his title.

Branch would start the fight off well to find early success but come round two, Rockhold would find his grove and end up putting Branch away.

Since then, the Brooklyn, New York native has earned a big knockout win over the knockout artist himself, Thiago Santos.

As for Jacare, he’s looking to consistently get back to his winning ways as he’s gone 1-2 in his last three outings with those two losses coming to the men that will next be competing over the middleweight title. Those men being the champion Robert Whittaker who became the only man to finish Jacare in UFC or Strikeforce and Kelvin Gastelum who eeked out a split decision victory in Brazil at UFC 224.