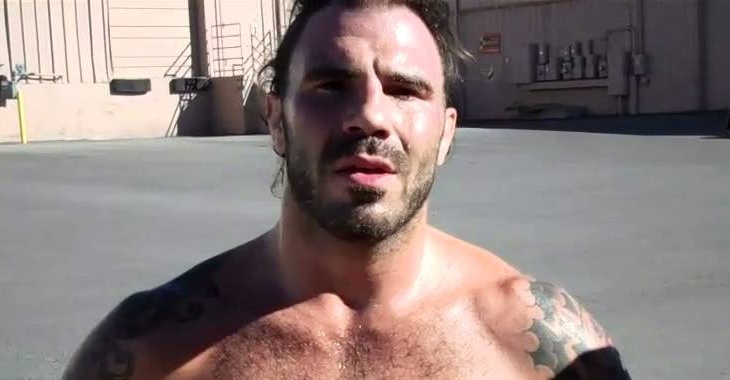 From the sounds of it, “The Carpenter” Clay Guida knows exactly who he wants to fight for his next time out. And it’s one the lightweight division’s very best.

Hey Edwin Barboza. You’ll be praying for Mercy when I get my hands on you!!! Are you ready to get slapped in April wimp?!?! Put down the needle, pick up the pen, and sign the contract on your head!!! @edsonbarbozajr @seanshelby@danawhite @ufc #ufc

It’s pretty rare to see the eleven-year UFC veteran, Guida talk a little trash and even make steroid accusations. But here we are.

2017 couldn’t have gone much more perfectly for the longtime staple of the UFC’s lightweight division. In his two wins over Erik Koch and Joe Lauzon, he looked better than he ever has which is very impressive considering how long Guida has been fighting for. His move to Team Alpha Male could be a good reason as to why he’s found this great recent success. Not to say that Guida hasn’t been successful before. He’s been in countless back and forth classics and beaten several past and future champions ranging from Rafael Dos Anjos to Anthony Pettis. At a point, he was only one fight away from what would have been his only UFC title shot.

Guida has been a part of the UFC since 2007 and realizes he’s getting older. But as long as the fans still want to see him fight, he’s more than happy to continue doing what he does best. Remember what he said in his post-fight interview after his last win in November?

The crowd reacted wildly which gave a very clear answer.

Edson Barboza is coming off of what was a living nightmare, to say the least when he fought Khabib Nurmagomedov at UFC 219. The top 5 lightweight contender, Barboza has never been dominated the way he was against Khabib. Guida would present him with a somewhat similar style but Khabib is just such a skilled grappling freak that it’s hard to make comparisons like that. Regardless, Barboza will definitely want to rebound with an impressive performance.

Guida is currently unranked at 155 lbs while Barboza is at #4. How likely do you think it would be for these two to get matched up?