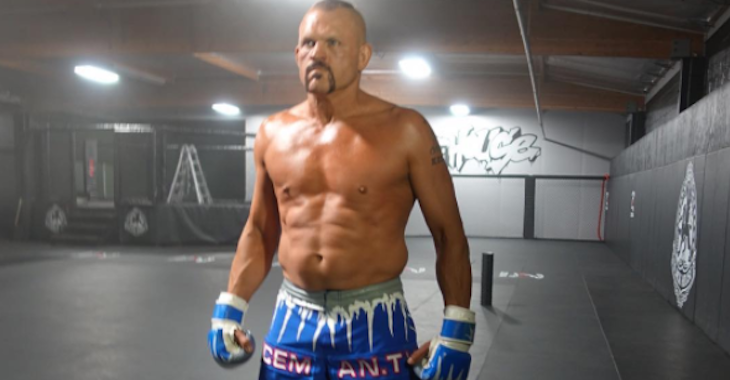 It’s long been rumored that Chuck Liddell was thinking about coming back to the sport. He’s beat around the bush and never given a straight answer over the years, but nevertheless the talk keeps coming. More recently, Chael Sonnen and the legend has developed a sort of feud, but Liddell promises there is nothing to that. He did say however, that he would come out of retirement as early as tomorrow if the price was good. Could Liddell be put on UFC 219? I wouldn’t hold your breath, but sooner or later he’ll get an offer good enough to come back.

UFC Hall of Famer @ChuckLiddell tells @realOCsports & @RJcliffordMMA that those wondering if he’ll fight again will have to keep wondering, he was never offered a fight w/ @ChaelSonnen, & that for $15m he’d throw down with @NateDiaz209 & @TWooodley … at the same time! pic.twitter.com/OI7LayP57Y

“I’ve thought about [returning to MMA] but everyone’s gonna have to keep wondering. I don’t know. I’m not sure yet, so we’ll see. That’s not true [that I’ve been offered a fight]. I’ve never been offered a fight and I definitely never been offered to fight [Chael Sonnen]. He doesn’t worry about the truth too much with his trash-talking. He’s not afraid to be liberal with his facts. I’m healthy. It would probably take more than [a month] to set [a potential fight up], but I’m not sure yet. We’ll see. I mean, it depends on what gets offered. If someone offers me something crazy, I could fight tomorrow, but it just depends. For $15 million I’ll get in there and fight [both Nate Diaz and Tyron Woodley].” – Chuck Liddell speaking to MMA on Sirius XM.

MMA is changing, whether that is for the better or for worse could be up for debate depending on which side of the fence you are on. The pay days may not be what they should be, but for veterans of the sport, the current purses in MMA are much larger than they used to be. The business is getting bigger and stars like Conor McGregor are creating an environment much like when professors grade on a curve because a student does so well on a test. While Nate Diaz and Tyron Woodley may not get their $5 million to show/$5 million to win clause, it shows the potential direction that the UFC is headed. For that kind of money, Liddell would probably fight within the hour.