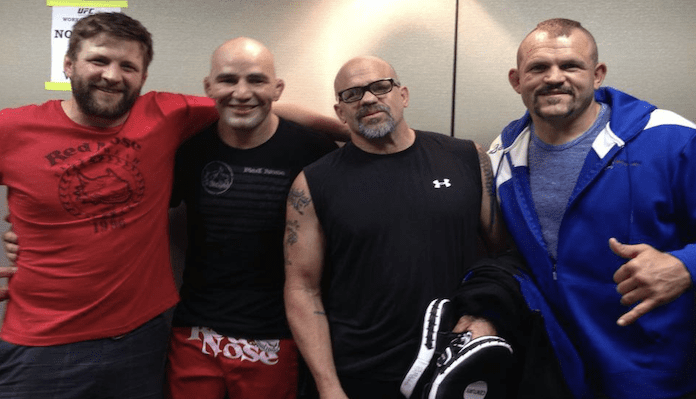 Teixeira and Liddell are longtime friends and former training partners at The Pit under the tutelage of coach John Hackleman. The two fighters have remained good friends for years since then, and this weekend, their careers came full circle when Teixeira won the UFC light heavyweight title with a second-round submission win over Jan Blachowicz. Liddell was once the UFC light heavyweight champ himself, and now all these years later, it is Teixeira who is the champion, becoming the second fighter trained by Hackleman to win a belt.

Taking to his social media following the fight, Liddell shared his reaction to his friend Teixeira winning the belt, posting a statement, and also sharing a video of him celebrating.

‘Love you brother! So proud of you and your hard work,’ wrote Chuck Liddell on Instagram.

It’s an incredible reaction by Liddell, and it’s great to see him in good spirits following his recent legal issues. Although Liddell is currently going through a divorce with his wife that was made public due to a recent incident with the police, he has maintained his innocence during the time and he recently started posting again on his social media. On Saturday, at least for one night only, Liddell got to see his good friend defy the betting odds and win the UFC light heavyweight title. It was an amazing win by Teixeira and an even more incredible reaction by Liddell. You can tell he truly cares about Teixeira and was happy for his win.