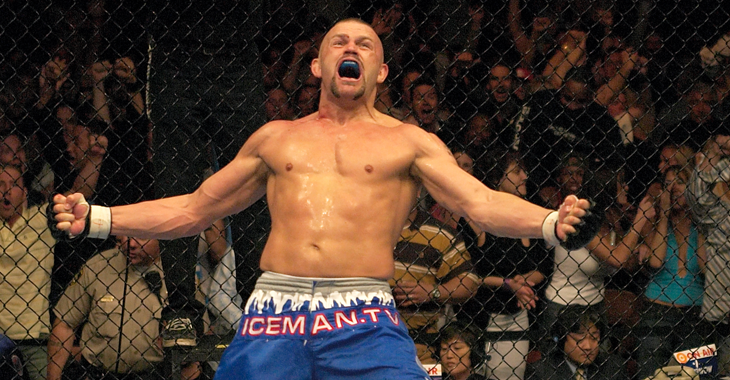 Former UFC light heavyweight champion and UFC Hall of Fame legend Chuck Liddell says he was promised a lifetime job with the UFC. However, that all changed when the promotion was sold and the new owners WME-IMG shifted their direction with some corporate restructuring.

Liddell and fellow UFC Hall of Famer Matt Hughes were let go from their executive positions when WME-IMG bought the business last year and began running the ship.

Although Liddell said recently on The MMA Hour that he was told he’d have a place with UFC for life, he sees the layoff “as a blessing in disguise.” The “Iceman” admitted that it was a tough pill to swallow at first but says that he can now move on to get “re-motivated” and find what he really wants to do in life. While the Fertittas walked away with a ton of money from selling the company and Dana White also making a lot of money and still holding the position as President, Liddell complimented them on the sale for all the work they put in through the years. “Congratulations to the guys, man. They did a great job of building the sport and the company and they were able to sell it for a lot of money. That’s a lot of money,” Liddell said. “It’s a crazy amount.”

“I wasn’t aware they were even selling. I mean, I heard the rumors and then talked to Dana, he said they weren’t, then they ended up selling a couple of weeks later. So, I wasn’t really privy to that, to what was going on, but that’s a high number, man. I’m happy for them, and they took a risk for a long time. Frank and Lorenzo took a risk for quite awhile trying to make it work, and it worked for them.”