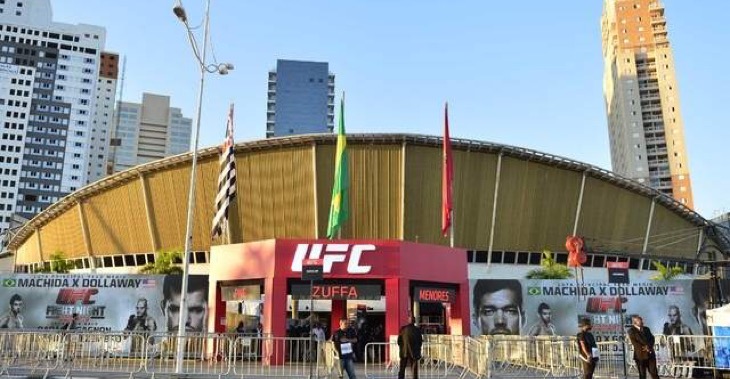 The new owners of the UFC are apparently looking to clean house and are laying off between 60 to 80 employees, UFC insiders confirmed.

The mass lay-offs follow recent reports of low morale at the UFC’s Las Vegas HQ, with one employee likening the atmosphere as “like a morgue”.

WME-IMG’s self-stated goal is “to eliminate redundancies in operations,” and that “those include jobs in sponsorships, licensing, public relations and production, though industry sources said no international offices will be closed and the promotion’s event schedule won’t be affected.”

The promotion has seen many familiar faces leave as of late. Long-time matchmaker Joe Silva recently parted ways with tbe UFC, as did UFC Vice President of Public Relations Dave Sholler. Not to mention the UFC’s Vice President of operations in Brazil Giovani Decker.

The most recent executives that were shown the door were Garry Cook, Marshall Zelaznik and UFC Asia chief Ken Berger, all of whom were laid off amongst the other former 60-80 UFC employees.

Couple those losses with a handful of fighters who jumped ship to Bellator like Rory MacDonald and former UFC lightweight champion Benson Henderson and all signs point to major changes going on behind the scenes in the world’s leading mixed martial arts promotion. In fact, one of the few remaining faces from the ZUFFA era is Dana White, who remains at the helm of the UFC, even under the new ownership.

The Fertitta brothers, Lorenzo and Frank, sold their majority stake in the UFC to Hollywood-powerhouse WME-IMG in July for a whopping $4.2 billion. While at the time White said the sale would “take the sport to the next level”, it appears as if many of the changes thus far have forced out many familiar faces, whether on their terms or otherwise.

An official was quoted as saying that the recent layoffs accounted for “less than 15 percent of (their) workforce.”

How do you feel about the recent changes in the UFC? Do you think these changes will eventually improve the UFC and “take it to the next level” after the $4 billion sale? Sound off, PENN Nation!