The “Fertitta Era” is over. Billionaires Lorenzo and Frank Fertitta bought the UFC in 2001 and have been running it ever since. After a long and arduous road losing money and dealing with the legal complications of trying to monopolize the bloodsport industry, the Fertitta’s made the UFC extremely profitable and eventually sold most of their ownership last year. Forbes reports in an exclusive that they have sold their remaining shares, pushing the evaluation of the UFC even higher and leaving the business totally.

Frank and Lorenzo Fertitta, who sold most of their stakes in mixed martial arts promoter UFC at a $4 billion valuation last summer, have now fully divested from the business.

The brothers sold their remaining equity—about 5.8% between them—last month to WME-IMG, which acquired the company in August 2016, a source with knowledge of the sale told Forbes. The Fertittas received roughly a 26% premium over last year’s transaction. The new deal values UFC at approximately $5 billion.

At the time, the $4 billion sale was widely reported as the largest deal in professional sports history. It has since been surpassed by the $8 billion sale of auto-racing series Formula One. 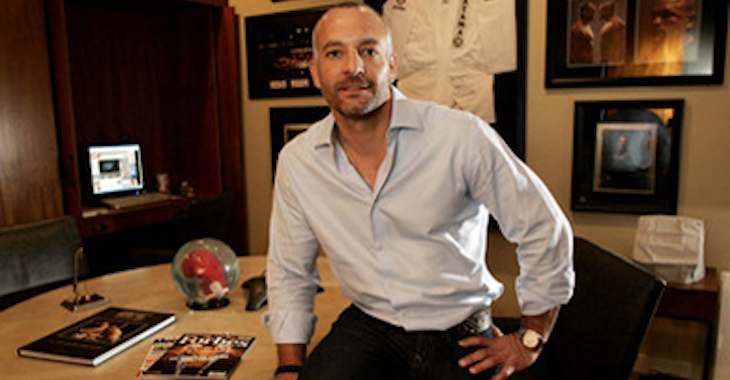 For 16 years, billionaires Lorenzo and Frank Fertitta have owned the UFC before selling it at a $4.3 billion valuation. At the time, it was supposedly the biggest business deal in professional sports. In a year, this valuation has now been pushed to to $5 billion. It falls short of the sale of Formula One, but for a niche sport that used to be illegal in multiple states, it’s an incredible evolution for a sport that was once shunned and exiled.