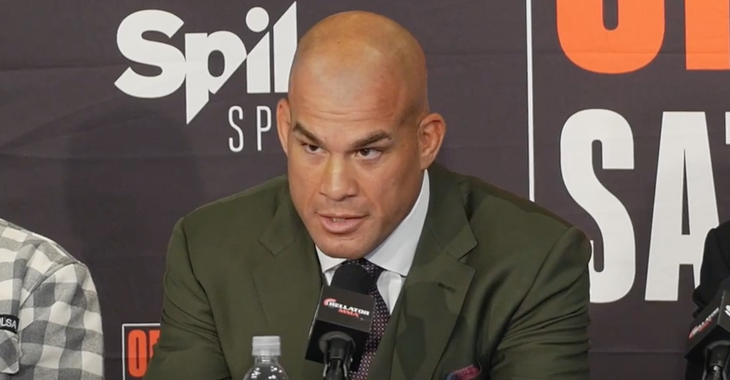 This week, former UFC title challenger Chael Sonnen revealed on his podcast that Tito Ortiz actually verbally tapped out in their Bellator 170 fight several weeks ago. This of course prompted a response from both Ortiz, and referee ‘Big’ John McCarthy via social media:

Chael must have been listening to a different frequency then the rest of the world that night. Tito didn't say anything #AskBJM https://t.co/mlIf7nbOpO

Regardless of whether or not Ortiz verbally submitted, referee ‘Big’ John McCarthy never heard the alleged verbal submission, and Sonnen of course ultimately wound up being submitted with a rear naked choke in the very first round. The submission was a controversial one however, with many questioning how tight the choke actually was at the time Sonnen tapped out. With that being said, both Tito Ortiz and ‘Big’ John McCarthy have stated that the choke was plenty tight.