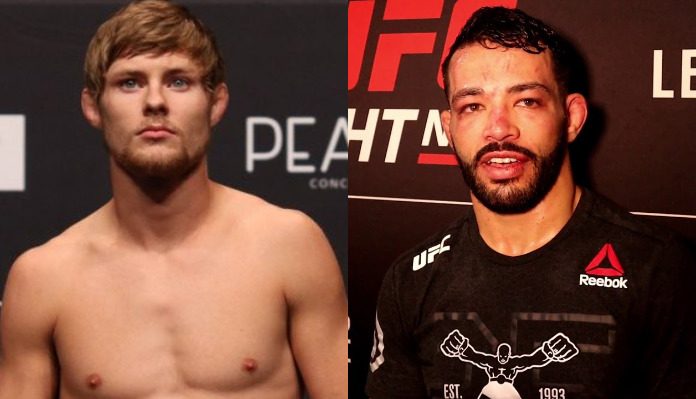 Two of the UFC’s top 145-pound up-and-comers, Bryce Mitchell and Dan Ige, are hoping to square off in the octagon this summer.

Late last year, Mitchell challenged Abdelaziz to a grappling match, which the Dominance CEO accepted. However, for reasons unbeknownst to the general public, the contest never occurred.

The exchanges between Mitchell and Ige officially kicked off Saturday night, when Ige took a jab at Mitchell’s performance at UFC Nashville.

Yesterday, Mitchell’s manager, Matt Weibel, of First Round Management, extended the conversation, tweeting out an exchange he had with his client. Ige didn’t waste any time in responding

Both Mitchell and Ige have had phenomenal starts to their UFC career.

Hawaii’s Ige has looked impressive in his three-fight UFC tenure. After dropping his UFC debut to Julio Arce, Ige has dominated all opposition placed in his path. Following back-to-back wins over Mike Santiago and Jordan Griffin, Ige dismantled Danny Henry in a matter of seconds at UFC London earlier this month.