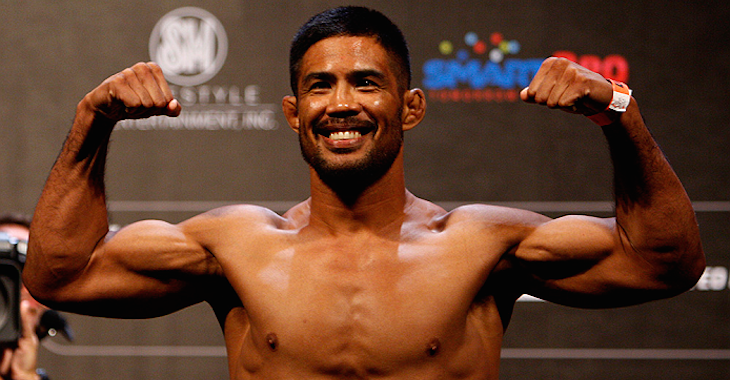 Former UFC lightweight and welterweight champion BJ Penn will return to the octagon on October 15, when he squares off with former UFC featherweight title challenger Ricardo Lamas in the main event of “UFC Fight Night Manila 2”.

The UFC Hall of Fame fighter, Penn, has been on the sidelines for over two years now and has not won inside the octagon since his first-round KO victory over Matt Hughes at UFC 123 in November of 2010.

While many fans and analysts believe that “The Prodigy” is biting off more than he can chew in his upcoming fight with Lamas, retired UFC middleweight fighter Mark Munoz expects that Penn will be in top form for his comeback fight at UFC Manila:

“He switched up his camp. He went to Greg Jackson. He is training with a lot of guys there, which is something different for him,” Muñoz told Rappler.

“In Hilo, he’s comfortable. Like what I have said before, if you’re not getting challenged everyday, it’s hard to be successful. If you don’t change, nothing is going to happen. He changed it up and switched it up. Now, he is in a different camp.”

Munoz revealed that when he bumped into Penn during UFC Fight Night Manila 2’s on-sale press conference on Wednesday August 17, he felt something from the former two-division champ:

“He is doing well. When I hugged him, he feels like this (knocks on the wooden table),” he stated. “I believe he can pull the trigger. Just speaking with him, he got the fire, especially when you look at his eyes.”

BJ Penn recently stated that his doubters should “throw all of their money on his opponent Ricardo Lamas”.

Do you think BJ Penn will return to the win column at UFC Manila this October?