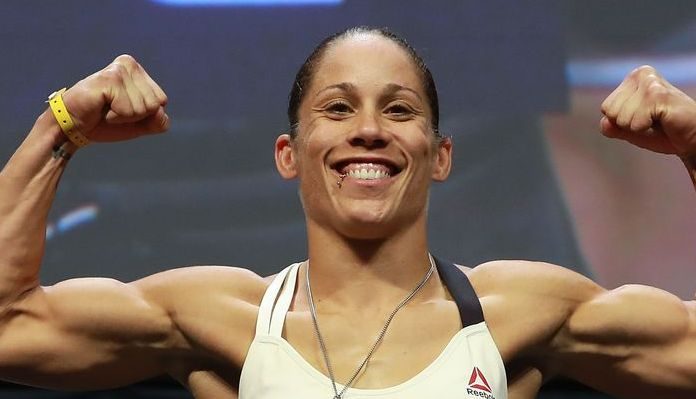 The UFC surprisingly released Liz Carmouche last week, but it doesn’t appear she will be on the free-agent market looking for work for long.

According to Steven Marrocco of MMAFighting.com, Bellator has already been in touch with Carmouche about signing with the promotion. At this point, Bellator is just waiting for the UFC to send out its official release papers.

Here’s what the veteran MMA journalist wrote on his Twitter.

Bellator has already made inroads to pick up Liz Carmouche. Waiting on official release papers from UFC.

“Bellator has already made inroads to pick up Liz Carmouche. Waiting on official release papers from UFC.”

Many were shocked when Carmouche was abruptly released from the UFC last week. Not only was she coming off of a title fight against UFC women’s flyweight champion Valentina Shevchenko, but she appeared to be in good standing with the promotion considering she was one half of the first women’s MMA fight in UFC history against Ronda Rousey at UFC 157. She also just recently signed a new deal with the UFC.

Instead, the UFC decided to release Carmouche despite the fact it invited her out to Washington, D.C. to take part in several events including hospital visits and a trip to Arlington Cemetary. Carmouche said that she only found out about the release while on that trip, despite the fact she had apparently been cut a little while ago by the promotion.

If Carmouche does sign with Bellator as expected, she immediately becomes a contender in both the promotion’s flyweight and bantamweight divisions. One potential conflict is that Carmouche’s friend and training partner Ilima-Lei Macfarlane is one of Bellator’s stars and its women’s flyweight champion. It’s unlikely that Carmouche would fight Macfarlane, but even if she doesn’t there are still plenty of other potential fights for her in both of Bellator’s 125lbs and 135lbs women’s divisions.

Are you excited to see Liz Carmouche fight in Bellator?