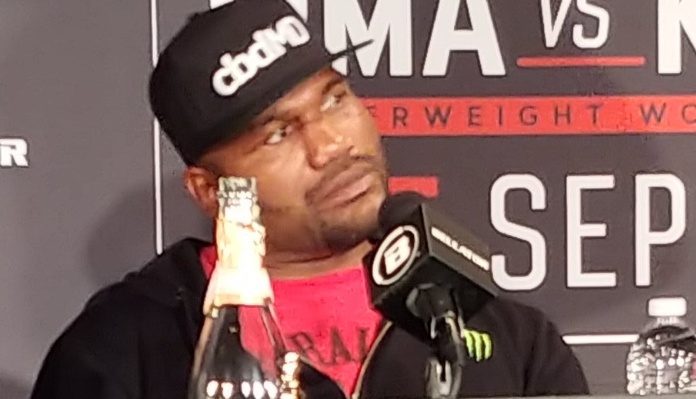 Bellator heavyweight Quinton “Rampage” Jackson has opened up as a big betting underdog against the legend Fedor Emelianenko for their New Year’s Eve fight.

Jackson meets Emelianenko in the main event of Bellator 237, which takes place on December 29 at Saitama Super Arena in Saitama, Japan. It’s a fight between two legends of mixed martial arts who head back to Japan years after they first starred in PRIDE.

At first glance, these odds seem to be surprisingly lopsided in the favor of Emelianenko despite it being, at least on paper, a legends matchup between two evenly-matched fighters with heavy hands who have seen better days.

Emelianenko (38-6, 1 NC) is coming off of a 35-second TKO loss to Ryan Bader in the finals of the Bellator heavyweight Grand Prix. Prior to that loss, the legend had beaten Chael Sonnen and Frank Mir by TKO after starting off his Bellator career with a KO loss to Matt Mitrione. Overall, “The Last Emperor” has just a 2-2 record in the Bellator cage and is now 43 years of age.

Jackson (38-13) is coming off of a huge KO win over long-time rival Wanderlei Silva to snap a two-fight losing skid to Sonnen and Muhammad Lawal. Overall Jackson has a 6-2 record in Bellator, with previous wins over Satoshi Ishii, Fabio Maldonado, Lawal, Christian M’Pumbu, and Joey Beltran. “Rampage” is 41 years old.

Who would you put your money on considering the odds in this fight between Quinton “Rampage” Jackson and Fedor Emelianenko?