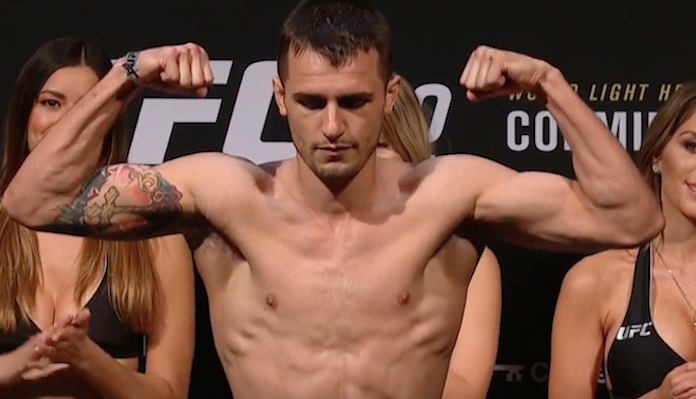 ESPN.com’s Ariel Helwani first broke the news. He added that Jury, who has previously competed as a featherweight, will compete as a lightweight in Bellator. He is expected to make his promotional debut later this year.

Jury (17-4) was a highly-touted prospect who was 9-0 when the UFC signed him to fight on The Ultimate Fighter 15. He defeated Akbarh Arreola to get into the house, but lost a split decision to Al Iaquinta in the opening round. At the time, the loss to Iaquinta was deemed a big upset, but as we know now, Iaquinta has had the better MMA career, so in hindsight it wasn’t a bad loss. It also won Jury a bonus for “Fight of the Season.”

That’s not to say Jury was a bust in the UFC. In fact, he actually had a very solid run in the Octagon. Overall, Jury went 8-4 in the UFC with notable victories over Diego Sanchez, Takanori Gomi, and Michael Johnson. However, after moving down to 145lbs, he dropped back-to-back fights to Chad Mendes and Andre Fili before becoming a free agent, and the two losses led to the UFC choosing to let him go. That’s when Bellator swooped in and signed him to this free agent deal.

Despite coming off of two straight losses heading into this Bellator debut, this should still be a good signing for the promotion. There are plenty of potentially fun matchups for Jury in Bellator, and he can likely be matched up against a lesser fighter in his organization debut to get his feet wet before stepping up in competition. Plus, he’s young enough that he can potentially finally exhibit his untapped potential in his new home.

Who do you think Myles Jury should fight in his Bellator debut?