The Bellator London main event proved to be a back and forth affair with both men coming close to finishing the fight.

Gegard Mousasi was able to drop Rafael Lovato Jr with a punch in round four (watch that here), but was unable to secure the finish.

Then, in round five, Rafael was able to take Gegard to the floor where he promptly took his back and locked in a body triangle. Despite eating some nasty elbows, Mousasi was able to survive to hear the final horn.

After five rounds of grueling action, the Bellator London main event went to the judges scorecards for decision. 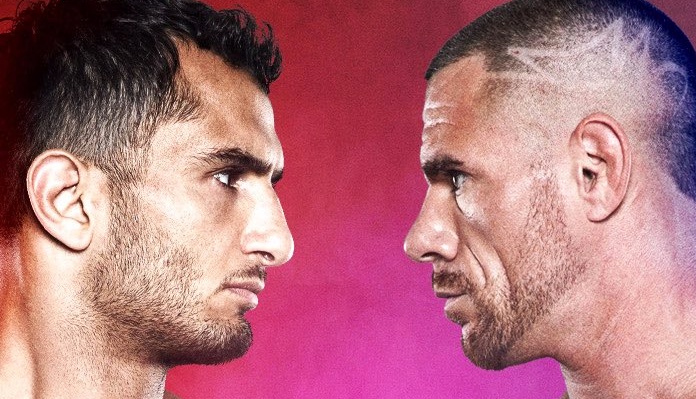 Two of the judges scored the fight 48-47 in favor of the challenger, while one judge had the bout ruled a draw at 47-47. With that said, Rafael Lovato Jr was crowned the new Bellator middleweight champion by way of majority decision.

Check out how the MMA Community reacted to Rafael Lovato Jr dethroning Gegard Mousasi at tonight’s Bellator London event below:

Lovato was the second-ever non-Brazilian to become world champion in jiu-jitsu as a black belt, after B.J. Penn. What a win for the jiu-jitsu community.

Remarkable heart shown by Rafael Lovato Jr. to overcome Gegard Mousasi in the final round after handily dropping rounds 3 & 4. Great fight. Wouldn't be surprised if they run that back. #BellatorLondon

I'll be the first to admit I underestimated Rafael Lovato Jr. tonight. Thought Mousasi's experience and striking would be too much for him but kudos for a job well done.#BellatorLondon

Who would you like to see newly crowned Bellator middleweight champion Rafael Lovato Jr fight next, is an immediate rematch with Gegard Mousasi in order after tonight’s result? Sound off in the comments section PENN Nation!

Check out the highlights from Paul Daley vs. Erick Silva at Bellator 223 – here.