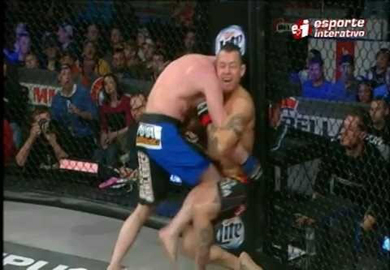 During his brief return to action, he allegedly landed an illegal groin shot that disabled his opponent and left him unable to continue.

In the aftermath of the bout, the medical staff on scene told Davis that there was no physical contact with the groin of his opponent and instead, it was revealed that he suffered a panic attack mid-bout that left him unable to continue.

With that bit of info, “The Irish Hand Grenade” is set to petition the athletic commission to overturn to “no contest” into a victory.

Here is a gif of the shot, decide for yourself what really transpired.