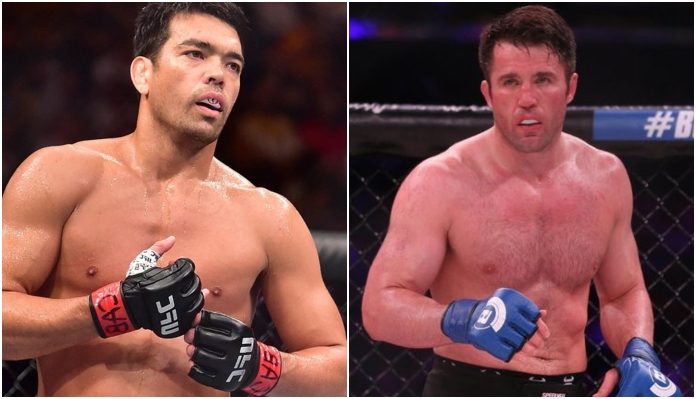 Lyoto Machida will return to the cage on June 14 where he will square off with Chael Sonnen in the headliner of Bellator 222.

The former UFC light heavyweight champion, Machida (25-8 MMA), made his Bellator debut this past December where he picked up a split-decision win over former Bellator middleweight title holder Rafael Carvalho.

It was expected that ‘The Dragon’ would go on to challenge current Bellator middleweight champion Gegard Mousasi in his next fight. After all, the pair have a history with Machida defeating ‘The Moose’ via unanimous decision under the UFC banner in 2014.

With that said, many fans and analysts were rather shocked when Bellator announced that Lyoto Machida would be fighting Chael Sonnen this June at Madison Square Garden.

Machida explained his decision to take a light heavyweight fight with ‘The American Gangster’ in a recent interview with MMAFighting.

“As I said I look to be busy,” stated Machida. “And in order to be busy I have no choice at times. So, I said to Bellator what I would like to fight, even if it was to be at 205 (pounds). I said I would accept any fight. Bellator came with Chael’s name and I said ‘This is going to be great.’ It is going to be outstanding because, especially with it being in New York at Madison Square Garden, it means a lot to me. I have fought many different places in the world. Japan, Brazil, Europe, England, but nothing that compares to Madison Square Garden. I saw this in the movies. In Ali’s fight. In Tyson’s fight. So now is the time to be busy and do it on this stage.”

Lyoto Machida has some lofty goals in Bellator, including becoming a promotional ‘champ champ’. With a win over Chael Sonnen on June 14, Lyoto could have his pick between current Bellator champs Ryan Bader and Gegard Mousasi next. ‘The Dragon’ holds win over both men and is eager to show that he still is the superior talent.

“Whatever comes first. What comes first, I’ll be ready.” said Machida. “I would like to be a champion. That is one of my goals in Bellator. I did not come to Bellator just to play around, to just be here to make money. That is not my purpose here. My purpose here is to be a champion and to be an inspiration to all the fighters. That is why I still wake up every morning and train with a lot of will and motivation becuase I want to help other people. I just, I don’t want to just help myself.”

“I would love to fight Ryan Bader again. He is the heavyweight champion to now. He is huge. He has grown a lot and improved a lot. I believe that is a fight that everyone would like to see.”

Machida defeated Bader via second-round knockout in August of 2012 under the UFC banner.

When asked if he would like to become a Bellator ‘champ champ’, Lyoto Machida responded with the following.

Who do you think will emerge victorious when Chael Sonnen and Loyto Machida square off at Bellator 222? Sound off in the comments section PENN Nation!