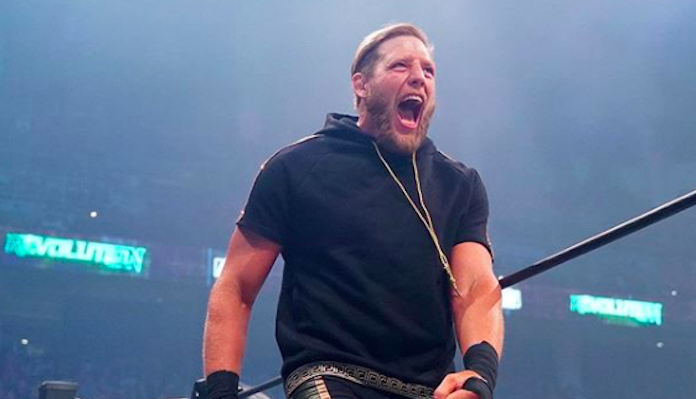 Former WWE superstar Jake Hager wants to fight Fedor Emelianenko in Bellator, saying that “I really honestly believe that this is my fight.”

The legend Emelianenko recently revealed that he is set to return to the Bellator cage this October in Moscow, Russia. Bellator did not announce his opponent yet, with company president Scott Coker admitting that there has been significant interest from other fighters to take on “The Last Emperor,” specifically mentioning Junior dos Santos, Alistair Overeem, and Josh Barnett as potential fights. But it appears there is another challenger in the arena.

Hager, who is currently signed to Bellator MMA and AEW, has been taking to his social media lately to make it clear that he wants the Emelianenko fight. Speaking to MMAFighting.com‘s Mike Heck, Hager explained in further detail why he wants the fight.

“I really honestly believe that this is my fight. It’s been my fight since I came to Bellator. Who else do you want to see him fight in the top-10. Tyrell Fortune? Give me a break,” Hager said.

“Just because I have a shorter career doesn’t mean I’m not as worthy. I have a bigger following, I have more excitement behind me, and I have a brighter future than all of those guys. So give it to me Scott, because I’m the one that you’re going to build this company on, not those guys that are just coming in for a one-and-done. I’m here for the next 10 years. Let’s go.”

Hager made his MMA debut for Bellator in January 2019 and since then he has gone 3-0, 1 NC. His most recent appearance came in October 2020 when he defeated Brandon Carlton via split decision in a tough fight. If Hager does land Emelianenko as his next opponent, it would represent by far the toughest fight of his career to date.

Do you want to see Jake Hager fight Fedor Emelianenko in Bellator?