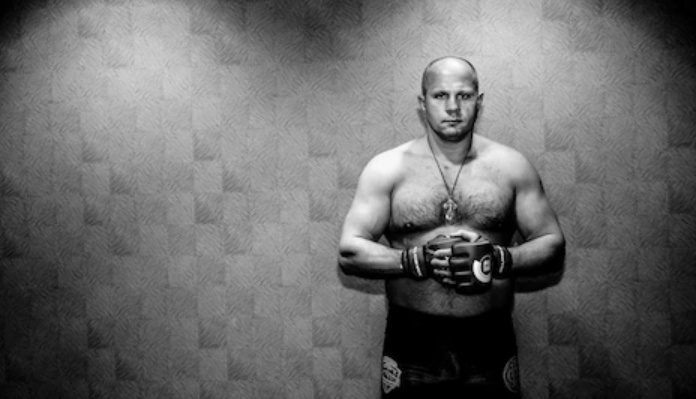 Emelianenko had one of his best showings in years as the 43-year-old Russian appeared to be fast and spry against Jackson, moving around the cage like he was 20 years younger and showing off his legendary KO power to collect a decisive win over his long-time peer Jackson.

Following the fight, Emelianenko’s interpreter claimed that the Russian legend was retiring from MMA during his post-fight interview. However, “The Last Emperor” told media backstage that he was misinterpreted and that he still plans on fighting.

Check out what Emelianenko told media about his future plans, courtesy of a tweet by MMAjunkie.com’s John Morgan.

Fedor clarified backstage he is NOT retired. Ideal scenario, he fights once again in U.S. and then has a final fight in Russia. No timeline in place. #Bellator237

“Fedor clarified backstage he is NOT retired. Ideal scenario, he fights once again in U.S. and then has a final fight in Russia. No timeline in place. #Bellator237″

Emelianenko is currently on what Bellator is calling his “retirement tour” and the plan was always for him to fight past this event in Japan. There was some confusion due to some miscommunication by the interpreter, but now we know that Emelianenko will still fight again.

At this point, it’s difficult to say who Emelianenko’s next opponent will be, but you would have to expect it to be a fellow aging legend under the Bellator banner and not a rematch against Bellator heavyweight champion Ryan Bader, who already beat Emelianenko earlier this year. Looking at the Bellator roster, some possibilities for Emelianenko’s next opponent include Wanderlei Silva, Roy Nelson, and a rematch against Matt Mitrione.

Who would you like to see Fedor Emelianenko fight next on his retirement tour?