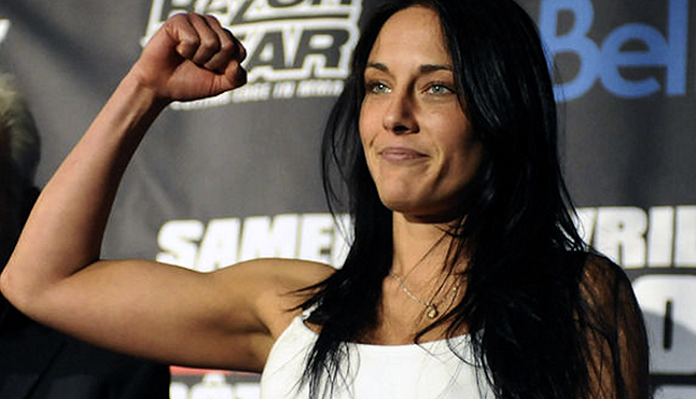 Valérie Létourneau will challenge flyweight champion Ilima-Lei Macfarlane for the title in the main event of Bellator 213 on December 15.

Lètourneau will have her hands full in Honolulu, Hawaii, as she attempts to be the first women to beat the champion in MMA. The Canadian born Lètourneau may be an underdog heading into next weekend, but she feels she has a big advantage when it comes to experience.

“For sure I think I have the experience edge,” Lètourneau told BJPenn.com when asked about their careers. “If you look at my record I’ve had a lot of tough fights with a lot of tough opponents. If you look at my close losses and my split decisions, they were all good fights. I definitely think I have the experience advantage and no one can take that way from me.”

She added, “I know what I’ve been through.”

Lètourneau has been a professional fighter since 2007. She was apart of that first wave of women fighters to really make a mark in the sport. She has competed all over the world, from the UFC to Bellator and still, Lètourneau finds herself in a position to shock the world on December 15.

“I knew when I signed with Bellator that is was going to be all in or all out,” Lètourneau explained. “It was hard for me to be over one year without fighting. I was going to Bellator to really test myself. I was coming off three losses, and all the people thought I was done, I knew if I got a couple of wins and beat Kristina Williams that I would be fighting for the belt.”

There’s no doubt that ‘Trouble’ has turned her career around in a quickness under the Bellator banner. After losing three straight in the UFC, she has rattled off two straight wins in the Bellator cage. She now faces one of the most difficult women in the world to prepare for in Macfarlane.

“Training been good but I wouldn’t say it’s my favorite camp,” Joked Lètourneau. “I’ve been forced to go back to things I haven’t trained in a while. Everyone knows I love to stand up; I love the punching and kicking. I used to train a lot of Jiu Jitsu but my last opponents were strikers, so I had to go back to my roots.”

The roots Lètourneau’s referring too are of course her BJJ ties, and she had some help from her friends at American Top Team.

“I’m lucky I’m with this team where we have so many options, so many girls that can help me with my fights. I really think I have the best camp for this fight. I’ve been training a lot with Gillian Robertson for this fight, and I think that going to be the difference.”