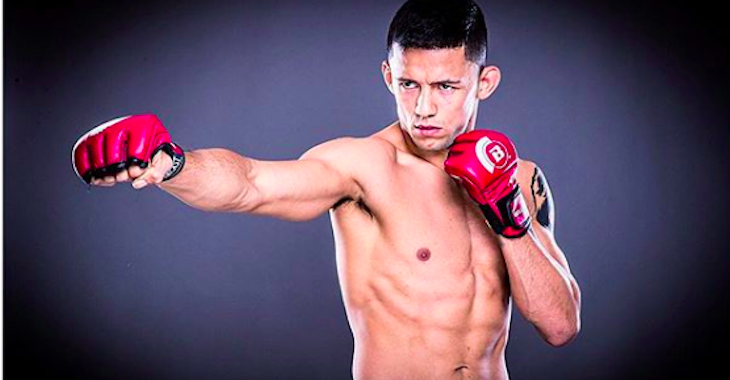 Eduardo Dantas is done with the bantamweight division. The former Bellator champion will be moving up to the featherweight ranks and will make his debut against Juan Archulaerta at Bellator 222. The promotion made the announcement earlier today.

Dantas’ decision is an interesting one as the upcoming featherweight grand prix needs some good names to be as stacked as possible. The Brazilian fighter won his first fight in almost two years, defeating Toby Misech in February via unanimous decision. If he beats Archulaeta, he will probably lock up a spot in the tournament.

With a lot of momentum on his side, Juan Archulaeta is set for arguably the biggest fight of his career. With a 22-1 record, he has gone a perfect 4-0 since making his promotional debut. In his most recent effort, Archulaeta defeated Ricky Bandejas via unanimous decision.

Bellator 222 will be taking place at Madison Square Garden on June 14 in New York. The card is stacked and includes a welterweight title fight between champion Rory MacDonald and challenger Neiman Gracie.