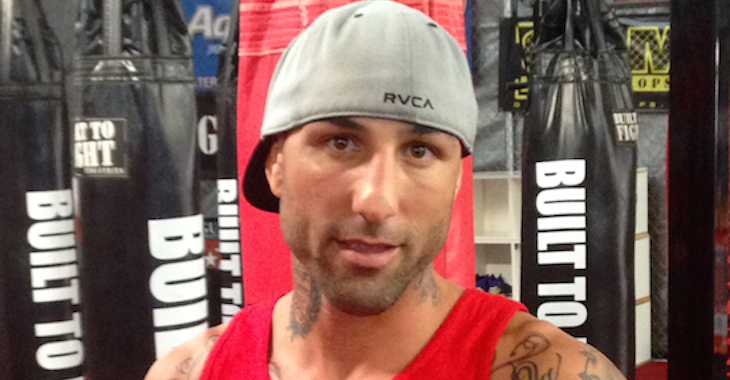 The Bellator Bantamweight standout reported the news to BJPENN.com just hours ago:

“Well they (CSAC) dropped the suspension down to 5 months instead of the original 9, which will allow me to fight after the end of this month. I’m really excited, it’s a small victory for me.”

Emerson failed his drug test for the prescription drug Provigil (Modafinil), this after suffering a unanimous decision loss to Rafael Silva at Bellator 127 in October of 2014. The loss snapped a five-fight win streak for “The Saint”, who is eager to get back in the cage:

“I feel like my whole life was put on pause because of this thing. I was like a huntsman without an axe, a race car driver without a car, a swordsman without a sword, or a fisherman without the sea haha. I’m just happy to have my axe back and to go hunting for heads in the bantamweight division here in 2015!”

Watch for Rob Emerson to return the cage in the very near future.