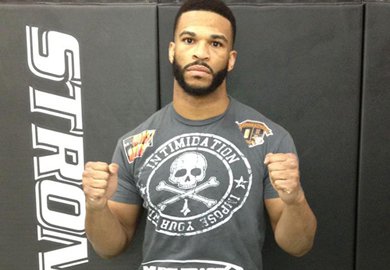 The opponent changes continue for Brian Rogers, as the Ohio native is now set to take on Brazilian striker Rafael Carvalho after Brett Cooper has withdrawn from the fight due to a back injury suffered in training, After originally preparing to face James Irvin at Bellator 125 on September 19th, Rogers will once again prepare for a new opponent. The night will be headlined by a middleweight clash as Melvin “No Mercy” Manhoef squares off against Doug “The Rhino” Marshall.

Tickets for the event are on sale now and can be purchased at the Save Mart Center Box Office, Ticketmaster.com or Bellator.com.

Rogers is coming off another highlight reel victory after a vicious flying knee knockout over Adrian Miles at Bellator 119. Carvalho is currently riding an eight fight winning streak that includes seven finishes, all by knockout.

With the change, the current fight card for Bellator 125 is listed below: