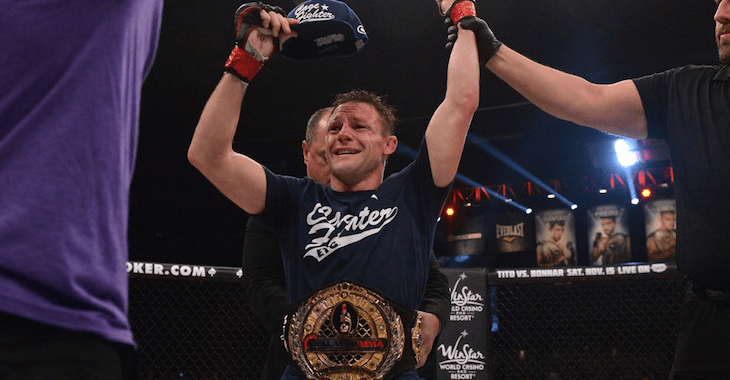 The self-proclaimed “Baddest Man on the Planet” Joe Warren’s plans for a run at Bellator’s bantamweight championship were pushed to the side after he failed a drug test for marijuana. Now, Marcos Galvao is left opponent-less once again for his fight at Bellator 144.

Eduardo Dantes was originally supposed to fight Galvao at Bellator 144, however he was forced out of the fight with an injury. Galvao was informed he would be facing Warren instead, but plans for the fight were scrapped shortly thereafter when the promotion found out about his failed drug test.

Warren received a ninety day suspension for his drug test failure, but Galvao stated he believes the powers-that-be should have suspended him for longer.

“I think it was too little, but who am I to judge?” Galvao admitted. “I think you have to be fair to everyone. If one fighter gets four years, another gets two years, one can’t get only three months, but I can’t do anything about it because I’m not the one who makes the calls. It’s up to the commission.”

Do you think Joe Warren should have suffered more of a suspension than just ninety days? Share your thoughts in the comment section below!