Gabi Garcia’s Trimmed Down, Still Massive Next To Werdum

Gabi Garcia is one of the most physically intimidating women in combat sports and is a grappling world champion to boot. Towering over her fellow female opponents in-competition is one thing, but to looks massive next to a UFC heavyweight champion is completely different!

Fabricio Werdum checks in at six feet and four inches tall— Garcia looks to be ONLY an inch or two shorter than him! The two recently found a moment during their meeting to snap a picture and she is looking trim, but tall: 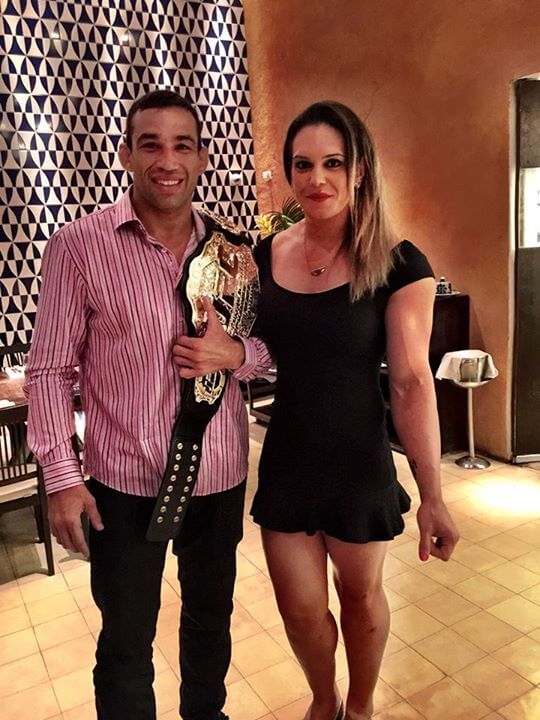 Garcia claimed she will be making her mixed martial arts debut in Japan at the same New Year’s Eve event that Fedor Emelianenko will be making his return. Who do you think will have the more impressive showing? Share your thoughts in the comment section below!