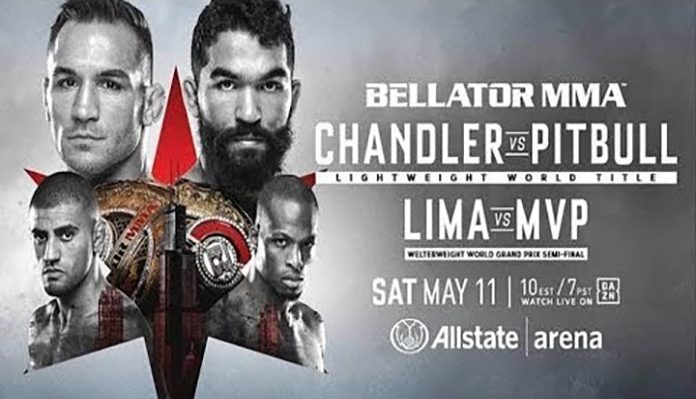 As for Bellator’s current featherweight kingpin, Patricio Freire (28-4 MMA) will enter tonight’s match with Chandler on a three fight win streak, his latest being a unanimous decision victory over Emmanuel Sanchez.

Patricio Freire was able to catch Michael Chandler with a big right hand in the opening round that sent the champion crashing to the canvas.

From there, ‘Pitbull’ would unleash a plethora of ground and pound which prompted the referee to step in and call a stop to the contest.

Chaos ensues in the #Bellator221 main event as Patricio Pitbull stops Michael Chandler in the first round to become the new lightweight champion.

With the win, Freire is now the Bellator MMA ‘champ champ’, holding both the promotions featherweight and lightweight world titles.