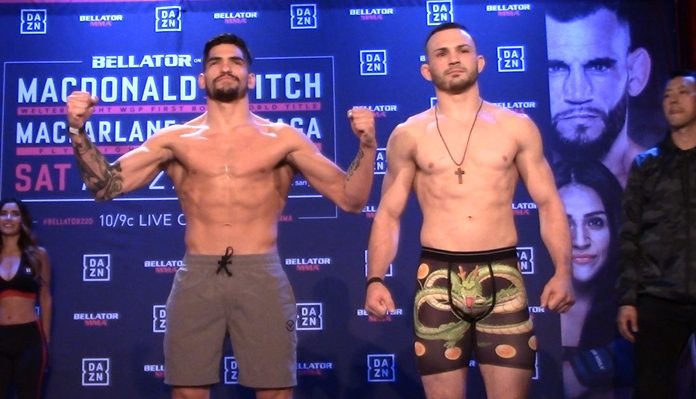 Kicking off the main card of Bellator 220 was a fun lightweight match-up that saw Muay Thai star, Gaston Bolanos return against Nathan Stolen.

The action starts with Stolen pushing the pace and taking a leg kick before the two trade punches. Each land nicely as Bolanos keeps adding in his leg kicks. He lands a nice combo that results in a Stolen takedown attempt that’s thwarted. The two clinch up and Stolen hits a trip. Bolanos quickly sweeps it before they get back up. Each fighters land big bombs but Bolanos does the more damage and drops Stolen as Bolanos follows up and finishes it.

Stolen drops to 8-4 while Bolanos makes it four straight.