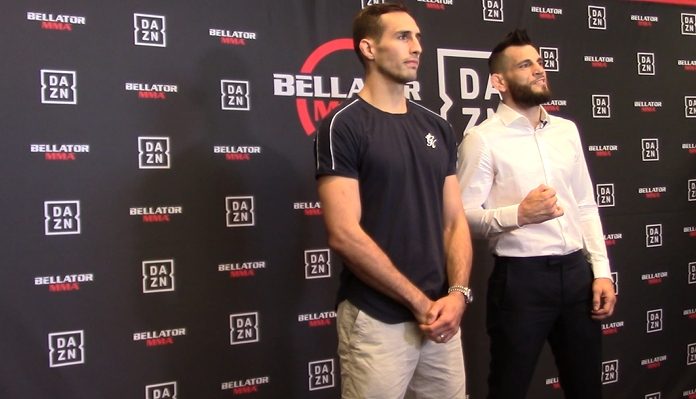 Bellator MMA is back with another great card in Bellator 220 that is topped off by two title fights. One of which takes place in one of their Grand Prix’s.

In the featured attraction, the welterweight title Grand Prix continues onward as we get to find out who advances to face Neiman Gracie in the semifinals.

In that bout, the champion, Rory MacDonald returns after his attempt to capture the middleweight crown against Gegard Mousasi at Bellator 206 in September. Standing across from him in the quarterfinal title match-up will be the seasoned veteran, former World Series of Fighting champion, Jon Fitch.

In the co-main event, Hawaiian superstar, the undefeated Bellator flyweight queen Ilima-Lei MacFarlane looks to add a third title defense to her stellar record when she squares off with the always game, Veta Arteaga.

Former champions are also set to rematch as Phil Davis and Liam McGeary will get the action going early following the always exciting Gaston Bolanos.

Make sure to follow along below to get all of the live Bellator 220 results and updates as they happen.

Featherweight: Ignacio Ortiz and Roger Severson go to a unanimous draw (28-28 all)