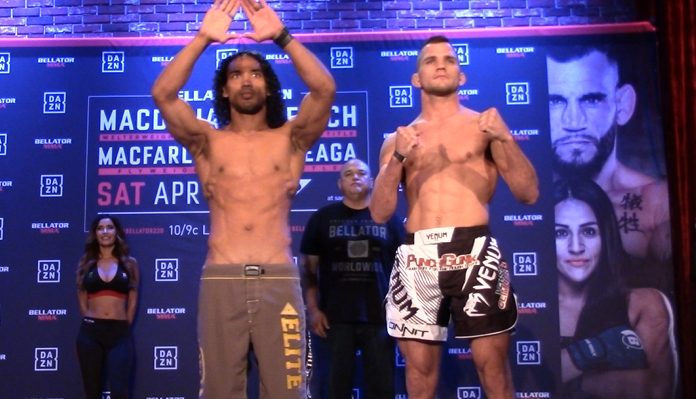 Each fighter was looking to extend their winning streaks to three straight and make their cases for the next shot at the 155-pound crown.

Henderson engages with leg kicks instantly. Piccolotti fires back with a strong one of his own. Henderson pushes forward with a combo, Piccolotti gets in a leg kick before the two clinch. Henderson finds a knee to the head in tight. Piccolotti keeps the pressure tight and takes Henderson down and lands strong punches before taking his back and looking for the choke. Henderson manages to survive briefly but Piccolotti keeps looking for it as Henderson gets up with Piccolotti on his back. A tight neck crank from the Californian pulls the former UFC champ to the ground. He survives once again. Piccolotti starts to pepper with right hands from the back before sliding over into side control and sinking in a tight arm triangle. Henderson manages to survive AGAIN. They get back to the feet and Henderson lands some good shots before the round ends.

Third round starts with a Piccolotti takedown within 20 seconds. Henderson is on the bottom in guard trapping Piccolotti with his legs. Henderson attempts another guillotine. Piccolotti works his way out and the two get into an awkward position against the cage. Scrambling up, Henderson throws Piccolotti off his back. Engaging in the clinch again, Piccolotti pulls Henderson to the ground. Piccolotti holds Henderson down as Henderson taps him with short punches. Henderson turns out of the position giving up his back and stands up with Piccolotti on his back just like the first round. Falling and all. Henderson survives and rolls into guard ending the fight on top.