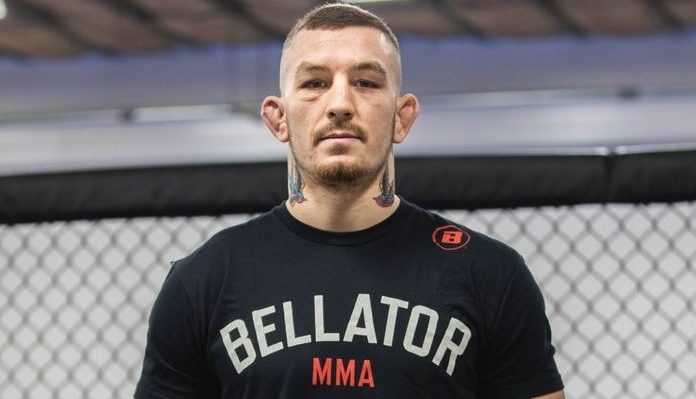 Austin Vanderford will return to the cage at Bellator 225 and will take on Joseph Creer. Both men are undefeated.

When he makes the walk to the cage he will be fighting at middleweight for the first time. He decided to move up a division for a simple reason, but also notes a return to welterweight is not impossible.

“I don’t think it is out of the question but I have been going back and forth on moving up for a couple of months now. I got to the point now that the weight was hard for me to cut,” Vanderford told BJPENN.com. “There were two things I didn’t want. I didn’t want to have the weight cut impact my health and two, I didn’t want to miss weight. I came up with a wrestling background and making weight is a part of the job. I just didn’t want that to be an issue and felt that it could extend my career.”

Austin Vanderford says fighting for Bellator feels surreal. He always wanted to be a professional athlete and then a pro fighter after he wrestled his whole life. Although this will be this eighth professional fight and second with Bellator it still doesn’t feel real.

“It was a dream come true. As a kid, I always dreamt of being a professional athlete,” he explained. “I envisioned myself not doing fighting because fighting wasn’t what it is today. But, just to make the walk for the best promotion in the world is something special. Everything is different and special like the walk.”

Vanderford is confident he has what it takes to win this fight. He is facing a differently opponent than originally planned but says the gameplan remains the same. He plans on fighting where the path to victory is the easiest. So, if he has success with his striking, he will remain standing, and if he’s sees an opportunity on the ground, expect him to shoot.

If it all goes according to plan and he gets his hand raised, Austin Vanderford wants a top-ranked opponent next. He believes he would deserve that opportunity and wants to prove he can hang with the best fighters on the Bellator roster.

“I think it should put me right up there. If everything goes well, I’m 8-0, 2-0 in Bellator and fight some of the marquee guys. Just fight some of the top guys in the division,” Vanderford concluded. “That is what we are looking at. I look forward to fighting some known guys soon.”

Do you think Austin Vanderford can be a title challenger in Bellator?