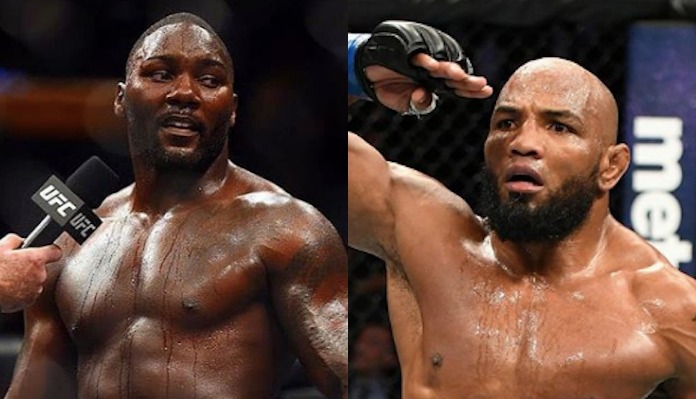 Anthony Johnson has fought a who’s who of tough opponents throughout his career. But he expects his next to be the most dangerous.

Set to make his Bellator MMA debut on May 7 as part of the light heavyweight Grand Prix at Bellator 258, “Rumble” squares off with a fellow former multi-time UFC title challenger. It’s “Rumble” vs. the “Soldier of God,” Yoel Romero.

“Besides some of my training partners, yeah, I give Yoel that title,” Johnson said of Romero on Wednesday during the Bellator 258 media day (h/t MMA Fighting). “That I can think of right now, Yoel is the most dangerous fighter I’ve actually faced, I think.”

At a time, Johnson was slated to face Jon Jones—a man many would consider his toughest task—for his first career UFC title opportunity. Instead, Daniel Cormier slid into that spot after Jones’ legal troubles. As a result, Cormier wound up being the only man to have defeated Johnson at 205-pounds (10-2 in the division, 22-6 overall) and that remains true today.

Because of the danger of his upcoming challenge, “Rumble” is fully focused on what’s right in front of him.

“But you know what, I feel I’m fighting Jon Jones regardless. I’ve got to fight Yoel and everybody else in the weight class is right up there, too. I got my hands full. Jon Jones is not even on my radar, hasn’t been for years. Now it’s all about Bellator.”