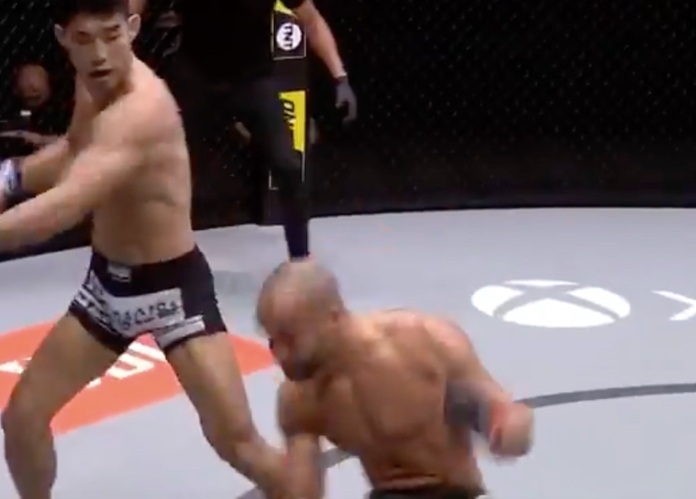 Another hectic night of ONE on TNT action saw Reinier de Ridder win another belt and Eddie Alvarez lose an incredibly close fight.

It marked the end of ONE Championship’s first run of events on the TNT platform at ONE on TNT 4, with the show taking place at the Singapore Indoor Stadium in Kallang, Singapore.

A string of injuries and COVID-19 issues ensured that the fighters on this card were always kept on their toes, but the end result was a solid evening of fights from top to bottom.

ONE on TNT 4 Main Card

ONE on TNT 4 Prelims

The fact that de Ridder is now a two-division champion, beating N Sang for both of his belts in a matter of months, showcases just how unpredictable mixed martial arts can be.

He took this fight with less than a week to prepare but despite that, he was still able to dictate the pace and control the tempo for the better part of five rounds. As such, he’s now a two-weight champ, with his plan being to go up and challenge for the ONE heavyweight title.

On the flip side you’ve got Eddie Alvarez who, despite being dropped in the first round, came back and produced a really nice performance – only to fall short on the cards.

What did you think of ONE on TNT 4? Do you believe the promotion could end up being successful on this platform? Let us know your thoughts in the comments, BJPENN Nation!