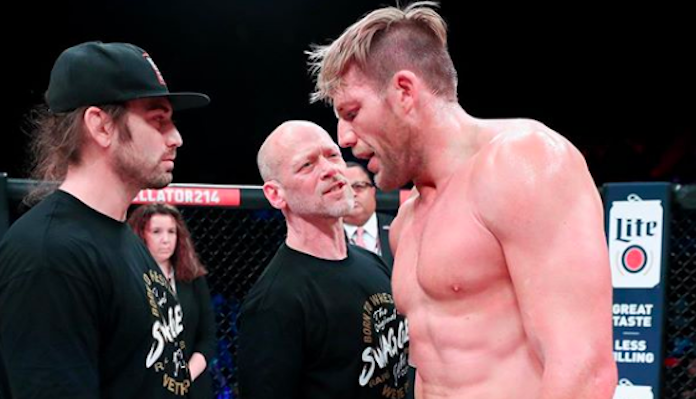 All Elite Wrestling star Jake Hager will return to the cage for his fourth professional MMA fight at Bellator 250.

Hager, who once held the World Heavyweight Championship during his 11-year stint with WWE, has been juggling his pro wrestling career alongside his mixed martial arts journey for a few years now. His first fight took place at Bellator 214 in January 2019 and since then he’s put together a 2-0 record with one no contest last October due to an accidental groin strike.

As reported by MMA Junkie, Hager will be locking horns with Brandon Calton (2-0) as part of the prelims.

While many questioned whether or not Hager would be able to balance his MMA career with AEW, he does seem to be managing both fairly well. The one big issue heading into the clash with Calton will be the year that he has spent away from the Bellator cage with some wondering whether or not ring rust will come into play.

The event is set to take place in one week on October 29 at Mohegan Sun Arena in Uncasville, with the main event of the evening being the clash between Douglas Lima and Gegard Mousasi for the Bellator Middleweight Championship.

It looks set to be easily one of the biggest cards of the year so far for Bellator and as they continue to expand their relationship with CBS Sports, it makes sense for them to put some notable names such as Hager on such a landmark show.

Lima and Mousasi are big players in the world MMA scene but for casual fans, Jake Hager is a name of value for Bellator. He may not ever rise up to become a title contender in the heavyweight division but he’s certainly going to bring some new eyes to the product.

Do you think Hager will be able to take his overall record to 3-0 (1) next Thursday?