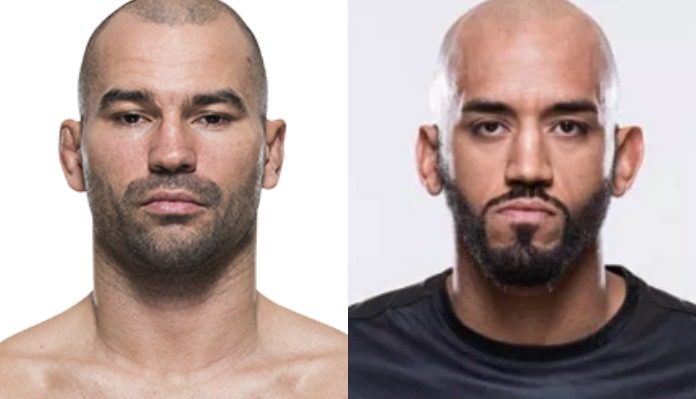 Mike Jackson battered CM Punk from bell to bell at UFC 225. Unfortunately, he also drew the ire of UFC President Dana White, who felt that Jackson should have worked harder to finish his grossly outmatched foe.

Speaking at the UFC post-fight press conference, White shared his distaste for Jackson’s performance, and assured Jackson’s days in the UFC are over.

“I didn’t like the way Mike Jackson carried himself, goofing around out there,” White told Aaron Bronsteter of TSN Sports (via MMANytt). “You’re getting this opportunity to fight CM Punk in the UFC and you’re acting like you’re in a Rocky movie or something.

“I wasn’t happy with that guy.”

After his win over Punk, Jackson expressed interest in meeting UFC featherweight Artem Lobov in a lightweight bout. Apparently, however, this will not be happening, as White feels Lobov “might kill” Jackson.

“That might be the first death in the UFC. I think that’s a bad fight for Mike Jackson and I think Mike Jackson needs to go back to being a reporter or doing whatever the hell he did before he goofed around tonight.”

Needless to say, White is not a Mike Jackson fan. All the same, Jackson attempted to defend his performance post-fight.

I’m legit confused here. I’m trying to figure out how I was “cocky” & “taunting”?! I’m sorry, I didn’t knock out Phil, dude is hella tough. And I didn’t want to get caught with some dumb shit. pic.twitter.com/ucCb0y8HwT

“I’m legit confused here,” he said in a post-fight Tweet. “I’m trying to figure out how I was ‘cocky’ & ‘taunting’?! I’m sorry, I didn’t knock out Phil, dude is hella tough. And I didn’t want to get caught with some dumb shit.”

With his dominant decision win over Punk, who is now 0-2 in MMA, Jackson improved to 1-1 overall. Evidently, however, any future MMA bouts he participates in will not be in the UFC’s Octagon.

Artem Lobov, meanwhile, has lost his last two bouts — albeit to top-flight foes in Andre Fili and Cub Swanson. His future is currently uncertain, as he was involved in his training partner Conor McGregor’s infamous Brooklyn rampage. That said, White recently assured Lobov is still a member of the UFC roster.