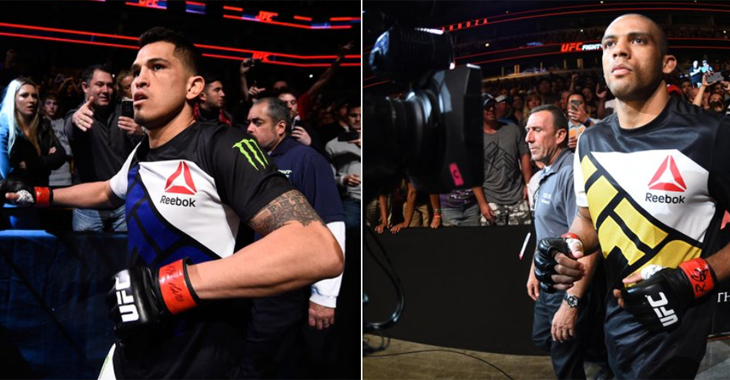 The UFC announced another exciting bout for the UFC 197 card taking place on April 23 at the MGM Grand Garden Arena in Las Vegas, Nevada.

Former UFC lightweight champion Anthony “Showtime” Pettis will meet Edson Barboza that has “Fight of the Night” written all over it.

Pettis is coming off a two-fight losing streak, which is a first in his professional MMA career. Pettis lost a close split-decision fight against former Bellator lightweight champion Eddie Alvarez at UFC Fight Night 81 in January. Prior to the fight with Alvarez, Pettis lost a unanimous decision title fight to Rafael dos Anjos at UFC 185, which took place in March of last year.

With an MMA record of 18-4 and UFC record of 5-3, “Showtime” is looking to get back on track to getting in contention for the title.

Edson Barboza, who has had six “Fight of the Night” awards is also coming off a loss in his recent fight with Tony Ferguson at The Ultimate Fighter 22 Finale, which took place in December of last year.

Barboza holds a professional MMA record of 16-4 and has gone 10-4 in the UFC.

UFC 197 is shaping up to be an exciting draw with the following bouts confirmed by the UFC:

Who are you picking to win the exciting matchup between Anthony “Showtime” Pettis and Edson Barboza? Share your pick with us in the comment section!