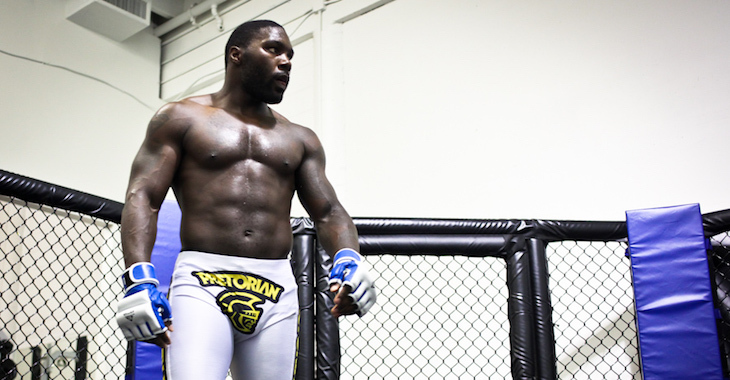 Shortly after his UFC 210 disappointing loss to UFC light heavyweight champion Daniel Cormier, long-time light heavyweight contender Anthony Johnson announced his decision to retire from mixed martial arts. Though he did leave the door open for a potential heavyweight showdown with Jon Jones sometime down the road, it really did sound like “Rumble” had fought his last fight.

While the light heavyweight star has apparently been doing well in his ventures outside the cage, he must be getting the so-called itch again, because according to his manager Ali Abdelaziz, he’s meeting with the UFC to discuss a possible comeback fight at heavyweight.

Abdelaziz dropped this bomb about Anthony Johnson on Monday’s edition of The MMA Hour.

Ali said Rumble Johnson is meeting with UFC soon to decide if he wants to come back. This time at heavyweight. #TheMMAHour

At this time, it’s hard to say if these talks between Anthony Johnson and the UFC will go anywhere. It’s more difficult still to imagine who he might fight in a potential heavyweight return – though he has expressed desire for a fight with Alistair Overeem in the past.

What do you make of these news? Do you think we’ll see Anthony Johnson competing in the UFC heavyweight division in the near future? Join the debate in the comments section!