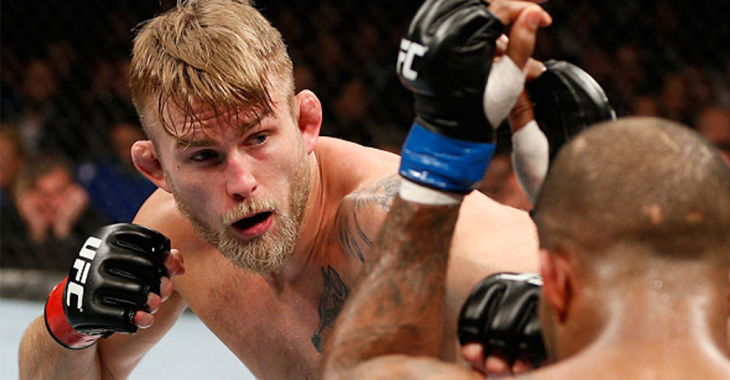 Former title challenger Alexander Gustaffson will return to the octagon in the co-main event of UFC Fight Night 93 in Hamburg, Germany, when he squares off with Jan Blachowicz.

The 29-year-old Swede has gone 1-3 over his past four bouts suffering losses to Jon Jones, Anthony Johnson and most recently Daniel Cormier over that stretch.

In an recent interview with Jim Edwards of Flo Combat, Gustaffson stated that he knows he has what it takes to capture UFC gold by defeating either Jones or Cormier in a rematch. His words:

“I believe and I know I can beat DC and Jones now,” Gustafson said. “I can’t wait to show everyone the new and improved Alex. I’ve been close to being a champion before, but I still believe I’ve got a lot to learn. That’s why I’ve used this time away from competition to really focus on sharpening all of my skills. I truly believe I’ve not yet reached my full potential. I’ve still so much to give, and I’m only 29 years old. I have a good few years left in me and I feel good—actually, I feel great—and I’m ready to go now.”

The first step towards a third crack at UFC gold will require Gustafsson to have an impressive showing against Jan Blachowicz this September in Germany. Alexander is confident that he will shine in his return to the octagon:

“I think it’s going to be a really good fight actually, and I think Jan is going to be a tough opponent for me,” Gustafsson said. “It took them a while to find me someone, and we’ve been searching someone for quite some time, but for different reasons, none of the top ranked guys could fight, so they’ve given me an opponent, and he’s a familiar one. Jan is a guy I have trained with a couple of times, and I know him quite well, and I know he’s a good fighter. It’s going to be a great card, and this will be a good test for me when I return.”

Do you think Alexander Gustafsson has what it takes to earn another shot at the UFC’s coveted light heavyweight championship? Sound off PENN Nation!