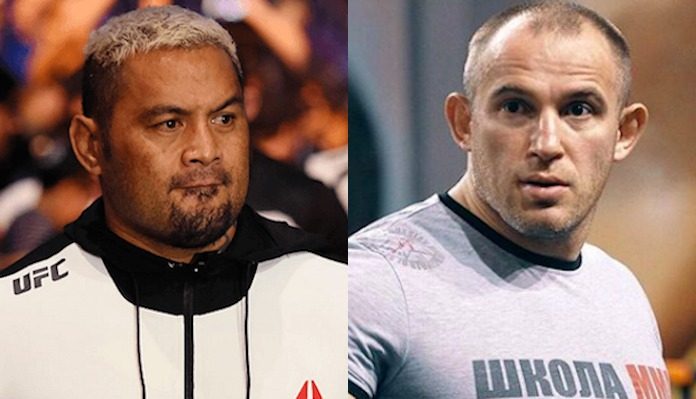 Oleinik was able to stun Hunt in the opening round with a looping punch and shorty after that strike he was able to drag “The Super Samoan” down to the canvas.

From there, Oleinik quickly transitioned to Hunt’s back where he locked in both hooks.

Mark Hunt tried his best to survive but Aleksei Oleinik was able to lock in a rear-naked choke that promptly forced the feared knockout specialist to tapout.

Here is how the pros reacted to Aleksei Oleinik’s massive win over Mark Hunt at UFC Moscow:

Damnnn mannnng! That was a fast ass tap. I was hoping to see the 2nd RD and a vintage walkoff KO! #UFCMoscow

Mark Hunto stops fighting hands for a sec and gets tapped. 🙁 #UFCMoscow pic.twitter.com/jn0uaDfCgo

Who would you like to see Aleksei Oleinik fight in his next octagon appearance? Sound off Penn Nation!