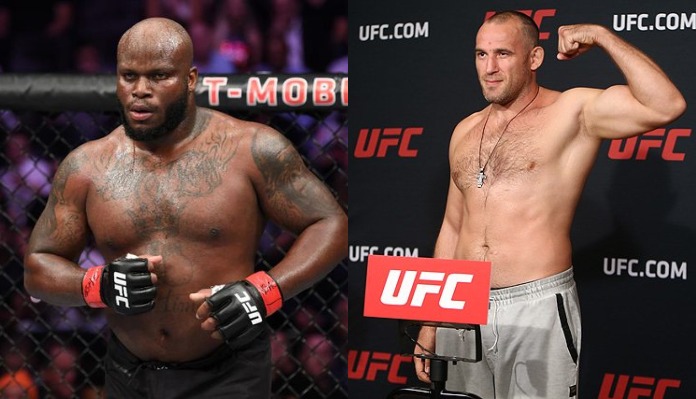 Derrick Lewis (23-7 MMA) will enter tonight’s headliner on a two-fight win streak, this after edging out victories over Ilir Latifi and Blagoy Ivanov in his most recent Octagon appearances. ‘The Black Beast’ has gone 2-1 since coming up short in his title opportunity against then champion Daniel Cormier at UFC 230.

Meanwhile, Aleksei Oleinik (59-13 MMA) will also enter tonight’s UFC Vegas 6 main event sporting a two fight win streak. In his most recent effort at UFC 249, ‘The Boa Constrictor’ scored a split-decision victory over former UFC heavyweight champion Fabricio Werdum. Prior to that, Oleinik was coming off a submission victory over Maurice Green at UFC 246.

Weidman (14-5 MMA) will be returning to middleweight after suffering a first round knockout loss to Dominick Reyes in his light heavyweight debut. Sine losing his middleweight crown to Luke Rockhold at UFC 194, ‘The All American’ has gone just 1-3 in his past four fights at 185lbs.

Meanwhile, Omari Akhmedov (20-4-1 MMA) will enter tonight’s co-headliner on a six fight unbeaten streak. The ‘Wolverine’s’ lone blemish during that impressive stretch came in the form of a draw with fellow middleweight standout Marvin Vettori.

Get all of tonight’s results and highlights below:

Derrick Lewis vs. Aleksei Oleinik – Lewis def. Oleinik via KO at :32 of Round 2

Maki Pitolo vs. Darren Stewart – Stewart def. Pitolo by submission (guillotine choke) at 3:41 of Round 1

OH MY GOODNESS! @BeneilDariush w/ the spinning back fist! #UFCVegas6 on E+ pic.twitter.com/ahMwbRJkbM

Kevin Holland vs. Joaquin Buckley – Holland def. Buckley by KO (punch) at 0:32 of Round 3

Andrew Sanchez vs. Wellington Turman – Sanchez def. Turman by KO (punches) at 4:14 of Round 1

Gavin Tucker vs. Justin Jaynes – Tucker def. Jaynes via submission (rear naked choke) at 1:43 of Round 3

Who are you picking to win tonight’s UFC Vegas 6 main event between Derrick Lewis and Aleksei Oleinik? Share your thoughts in the comments section PENN Nation!