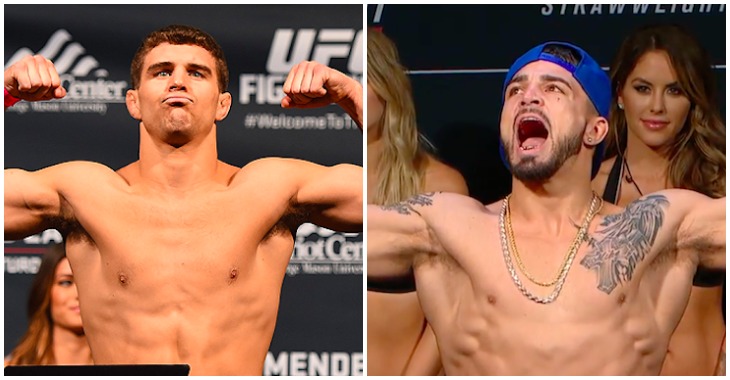 Since then, Iaquinta has once again shared many criticisms of the UFC, lambasting the promotion for the way it pays and treats its fighters. Perry, meanwhile, has criticized Iaquinta for “complaining a lot,” and even challenged him to a fight at 170 pounds.

In a recent interview with Jim Edwards of Champions.co, Iaquinta confirmed that, if the money was right he’d oblige Perry’s callout and fight him at 170.

“He’s not too bright,” Iaquinta said of Perry. “He’s definitely not smart. I listened to a couple of his interviews. I listened to his interview with Matt Serra and he was making fun of me saying all I do is complain and then he starts complaining. He was complaining, he was talking about money, but he didn’t make much sense at all. I didn’t get what he was trying to get at and I don’t think he knows what he’s trying to get at. He was talking about money, but there’s no reason why, money shouldn’t be talked about you know.”

Does a possible Mike Perry vs. Al Iaquinta welterweight scrap interest you?