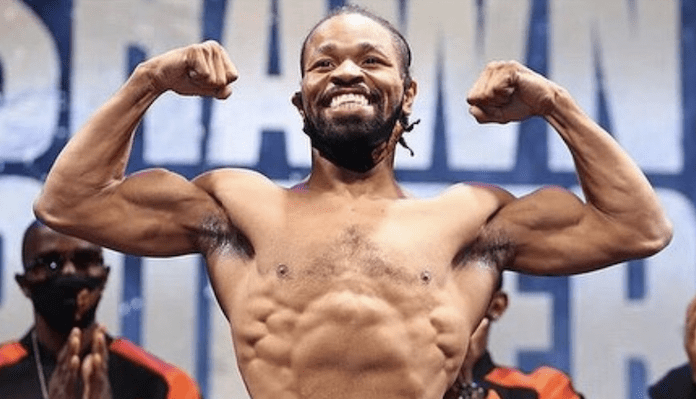 Porter was stopped in the 10th round with punches as Crawford picked up one of the biggest wins of his professional boxing career. Following the fight, the 34-year-old Porter announced his retirement from the sport, as relayed by boxing reporter Lance Pugmire.

Terence Crawford wins by 10th round TKO. He decked Porter twice, first by an uppercut then by a combination closed by a left to the head. Porter’s corner calls it off. The ex-champ heartbroken.

Terence Crawford wins by 10th round TKO. He decked Porter twice, first by an uppercut then by a combination closed by a left to the head. Porter’s corner calls it off. The ex-champ heartbroken.

Shawn Porter just told me “I am ending my career tonight.”

Shawn Porter just told me “I am ending my career tonight.”

Porter retires at age 34 from his professional boxing career, ending his time as a pro boxer with a 31-4-1 record which includes 17 wins by knockout and 13 wins by decision. Crazy enough, but the knockout loss to Crawford on Saturday night was actually the first time in his professional boxing career that Porter was stopped with strikes. He was a great fighter for many years, but after losing two of his last three years to end his career, he did not exit the sport of boxing on a high note. Then again, he was fighting the best fighters in the sport, and when you are fighting the best fighters, it’s not easy to win.

Overall, Porter had a very successful career in boxing. He had wins over the likes of Yordenis Ugas, Danny Garcia, Andre Berto, Adrien Broner, and Paulie Malignaggi, among others. Overall, Porter had been involved in a number of big boxing matches and he often picked up wins when he faced elite competition. While he ends his boxing career with this brutal loss to Crawford, overall Porter has nothing to hang his head about.

What did you think of the overall boxing career that Shawn Porter had?