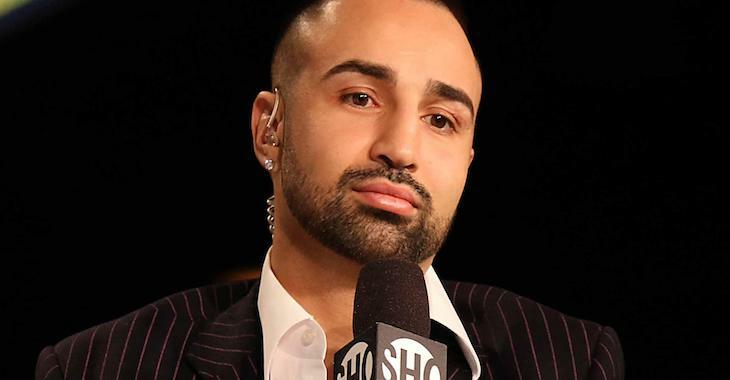 On August 26, UFC lightweight champion Conor McGregor climbed through the ropes for a boxing match with undefeated legend Floyd Mayweather Jr. Strangely, one of the biggest stories to emerge in the lead-up to this blockbuster battle was McGregor’s sizzling beef with boxer Paulie Malignaggi.

Malignaggi was originally brought into McGregor’s camp as a sparring partner, but ultimately left when he felt he’d been unfairly represented by the Irishman and his team. From there, things only got worse, as the pair traded trash talk in interviews and on social media, and nearly came to blows during the grand arrivals for the fight.

With the Mayweather vs. McGregor fight in the rear-view, the expectation was that this McGregor-Malignaggi beef might calm down a bit. This has not been the case. This week, the trend continued, as Paulie Malignaggi went off on McGregor on Twitter, challenging him to back up his talk.

Gotta back up all that big talk you had IN THE RING now, men back up their words while pussies are all talk. Time to back it up now #NoBalls https://t.co/Tue7qS5XVu

Pitiful isn’t it? I dunno what’s more pitiful, him talkin bout me now or his poor fans starting to understand the reality of that spar sesh. https://t.co/vUpKmdzCog

https://t.co/YujHJmcGjf Ref let u get away with all kinds of fouls, next time punch back u bitch, easy 2 talk tough when it’s over #NoBalls

It is, that’s why I told him to his face to bring his balls. He tends to forget those. He’s talking, gonna need balls to back his talk up. https://t.co/zFMXostSbR

Exactly. Plus we all get tired late in the fight. Only those with no balls outright stop fighting back though so Ref can stop the fight. https://t.co/CM0zLzgGLO

This guy’s funny. I give it 2 him he’s got a good editing team that can edit an ass whippin he takes so it can cover up his bitchassness. https://t.co/OSAObdIbW3

Leave Conor alone? What am I a bully? The guy brought ME up in his last public interview what the fuck is there to leave alone? https://t.co/x8lBnfEaBg

Do you think Paulie Malignaggi and Conor McGregor need to meet in the ring or cage to settle all this ugliness?