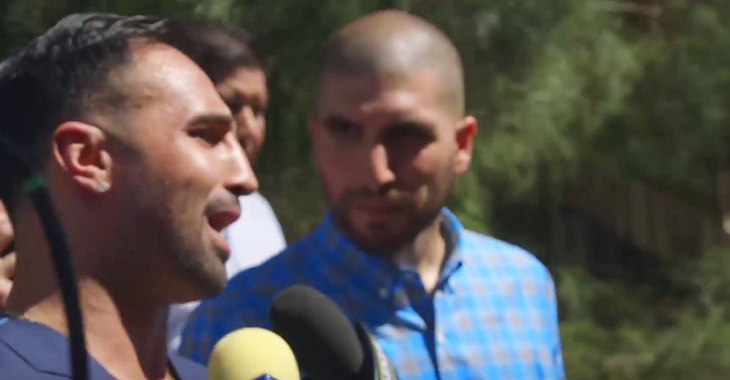 The chaos that just broke out at Conor McGregor and Floyd Mayweather’s media day hasn’t settled down too much. Paul Malignaggi and McGregor just an an epic confrontation outside in the parking lot which almost came to blows. All the videos were loud, you could barely make out what anyone was saying, and it all came and went incredibly fast. Almost as fast as Malignaggi talks. After the situation dissolved, Ariel Helwani followed Paul Malignaggi and asked him to explain his side of the altercation.

Paul Malignaggi is referring to the nondisclosure agreements that everyone involved in Conor McGregor’s camp signed. According to Malignaggi, McGregor’s manager told him (apparently out of nowhere) that he had broken his contract and therefore McGregor’s camp could show whatever they wanted to. This is where McGregor stepped in and confronted Malignaggi. Somehow, despite all of this, Paul Malignaggi is still involved with the May/Mac fight and is working the boxing match as planned with Showtime.