When Mike Tyson, the knockout artist from Brooklyn, New York came into the professional boxing scene, he ate up his competition and spit them out. At the age of 20, Tyson became the youngest heavyweight boxing champion of the world on November 22, 1986.

Tyson erupted in the ring in typical fashion in his first championship bout and knocked out 33-year-old Trevor Berbick in the second round of their title fight.

Here, we take a look at a young Mike Tyson hitting the mitts with former trainer Kevin Rooney and it is quite a sight to see. Could you imagine having to hold the mitts for the monster coming at you with such ferocity, speed, and power? 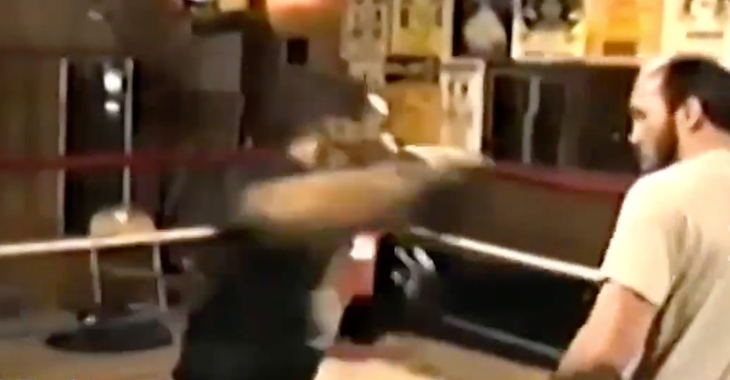 “Iron” Mike went on to defend his heavyweight title nine consecutive times and picked up two more along the way. Tyson went on to become the first heavyweight in the world to simultaneously hold the WBC, WBA, and IBF titles.

Although Tyson has had his legal battles, losses, and issues outside of the ring throughout his career, he is still remembered as one of the baddest men to walk the planet. When you take a look back at his movement and power, you remember exactly why.

“Iron” Mike Tyson hung up his gloves and retired in 2005 with a 50-6 record, with 44 of those wins by knockout. Tyson was known for his brash character, scary knockout power and remains one of most iconic characters in the sport of boxing. 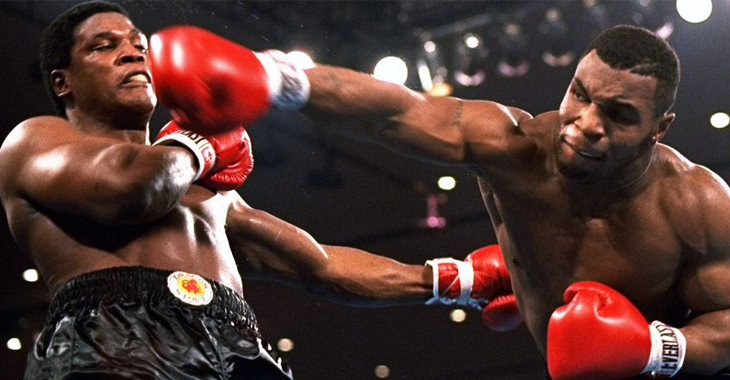 Mike Tyson turned 50-years-old last year and has kept himself in the spotlight by making appearances in movies and has recently been performing his stand up one-man comedy show where he has displayed his charisma on stage entertaining his fans. Tyson has followed the sport of MMA and is a big fan.

What is your most memorable Mike Tyson moment? Let us know in the comment section! There are sure to be some good ones!