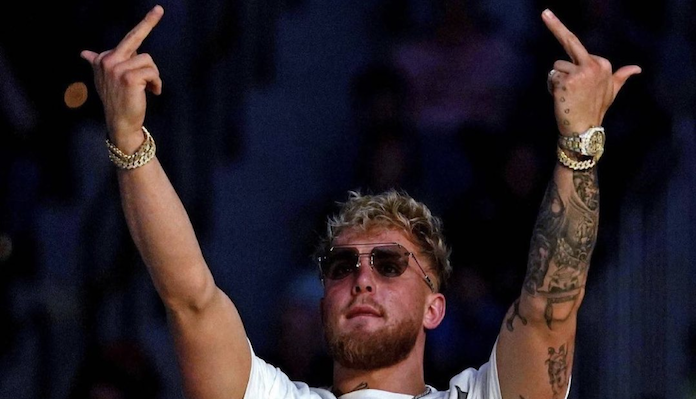 It’s been over a week since Vitor Belfort dispatched of Evander Holyfield in their boxing exhibition and yet despite the time that’s passed, many fans and critics can’t quite get over the disappointment of seeing the fight actually take place.

Many felt as if it shouldn’t have even been sanctioned given Holyfield’s condition with Paul, in an interview with Ariel Helwani, falling into that category – before insisting that Belfort isn’t a big enough name for him to fight.

“Look, he beat up an old man. He disrespected the sport of boxing in my opinion. Holyfield is a legend, but he shouldn’t be fighting somebody that’s in there early 40s. It should be Mike Tyson vs. Holyfield or something like that. It was just sad to see,  the whole entire thing.”

“I mean, it’s a bit ridiculous. I mean, there’s better people out there. I mean, like you were saying, Vitor is not that big of a name. He just isn’t. He’s not even as big of a name as Tyron [Woodley]. So I’m trying to get bigger with each one of these fights. I’m trying to have more of a challenge. And I think Vitor is a lot easier of a fight than Tyron. He’s older, he’s on steroids, and such. But that doesn’t really excite me that much. The money excites me. If they would put the money into a bank account, an escrow account and show proof, then maybe that’s where the conversation could start. But it’s not as big of a fight as the 10 other people that are calling me out or that even we’re already talking to.”

Is Jake Paul right about the Vitor Belfort vs Evander Holyfield fight? Let us know your thoughts in the comments, BJPENN Nation!