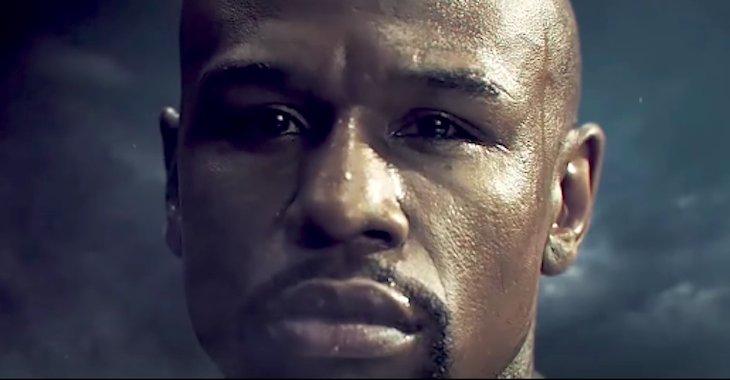 Last night, Floyd Mayweather Jr. and “The Notorious” Conor McGregor touched down in Toronto, Ontario Canada for the second stop of their headline-generating world press tour. While many fans and pundits felt like Mayweather was the quicker man on the mic during the tour’s first stop in Los Angeles, the consensus in the wake of Toronto event is that McGregor came out on top in a big way.

Over the course of the event, McGregor repeatedly lambasted his foe, even getting the crowd to shout “fuck the Mayweathers,” and throwing an Irish flag on Mayweather’s head with sharpshooter accuracy. That said, McGregor also found himself in a bit of hot water, as several pockets of the combat sports world thought his repeatedly referring to Mayweather as “boy” was veiled in racism.

See some of the criticism against McGregor’s comments below:

Don’t call a black man “boy” and maybe your mic won’t get cut off #MayMacWordTour pic.twitter.com/Wyp3YIOZlZ

Welp, what was the over/under on racist one-liners? #maymacworldtour

A lot of ‘dance boy’ & n-words being thrown around the YouTube stream right now.

Why are you fighting so hard to want to call black men “boys”? Feeling a bit insecure. Your protesting a very easy issue too hard.

Mayweather himself, however, isn’t too worried about these comments from McGregor.

“Racism still exists but you know, I try to take something negative and turn it into something positive,” Mayweather said in a conversation with TMZ. “We both know there’s only two types of boys – a white boy and a Cowboy – and I’m not neither.”

“A lot of people say that Conor McGregor is racist but I’m not worried about that.”

Do you think Floyd Mayweather should be more concerned with Conor McGregor’s comments, or do you agree that they’re no cause for alarm?